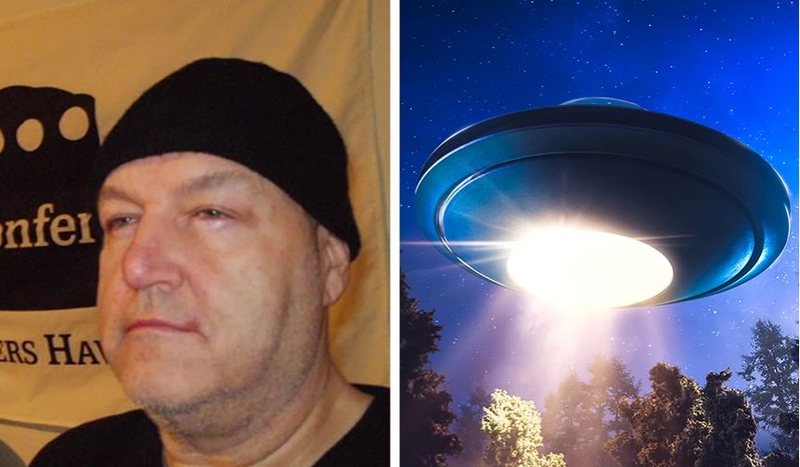 Scientists may still be investigating the existence of extraterrestrials, but a 58-year-old man claims to have been abducted and fought 60 times by aliens and says he has video to back up his claims. Russ Kellett says he had his first UFO encounter at the age of 16.

"I have been kidnapped at least 60 times. The first time was when I was 16 years old when I was coming home on my motorcycle. I went through a tunnel I'd never seen before and the next thing I knew, I was in a dentist's surgery, surrounded by 15-foot-tall aliens who look like Dracula without the sharp teeth."

So over the next 30 years, he became a "super soldier" who faced many alien races, with battles taking place both on Earth and in space, according to him. In fact, he explained that four human hours can be four years if one is in an alien spacecraft.

Exciting, everyone in tears! When you are a fighter from the start of life/ 2-month-old child is pulled alive after 29 hours from the ruins (Images that break the web)

Terrifying video that breaks your heart/ Footage of a girl under the ruins, holding a small child in her hands: Why aren't they coming, I can't anymore! The baby is not crying anymore

The earthquake in Turkey remains dramatic/ Tragic story, a women's volleyball team disappeared under the rubble...

The apocalyptic earthquake in Turkey and Syria/ The balance deepens, the number of people who have lost their lives reaches alarming figures

Luizi no longer knows "limits", he even broke the last "record" held by Donald Veshaj

"From the unusual cloud in the sky, to the big hole and a big flock of ravens"/ The strange phenomena that preceded the devastating earthquake in Turkey. VIDEOS are published that are going viral