Extreme frost still remains deep in the northeast of the Continent! Weather forecasters warn of severe weather change in March 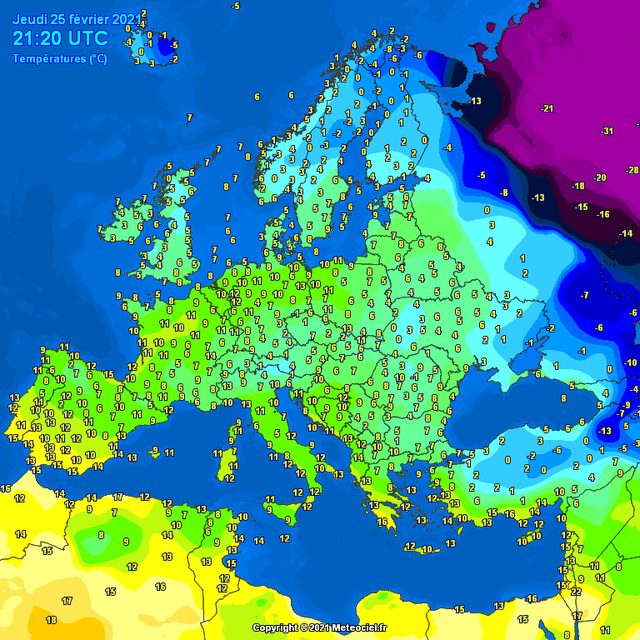 As you can see the temperature in these deep moments in the territory of Russia is no less than -31 degrees Celsius, while spring has covered almost all of Europe.

Spring temperatures have penetrated as far as the Russian capital Moscow, where snow has turned to rain, while a little further north and east of Moscow is the extreme Siberian frost still awaiting a possible return to Europe, although it is unlikely to due to the strengthening of the polar circle which in the moments when it is strengthened "calls" the scattered frost to be "trapped" within the polar circle keeping it trapped until next winter. Normally these expressions are figurative and we are sometimes allowed to use them.