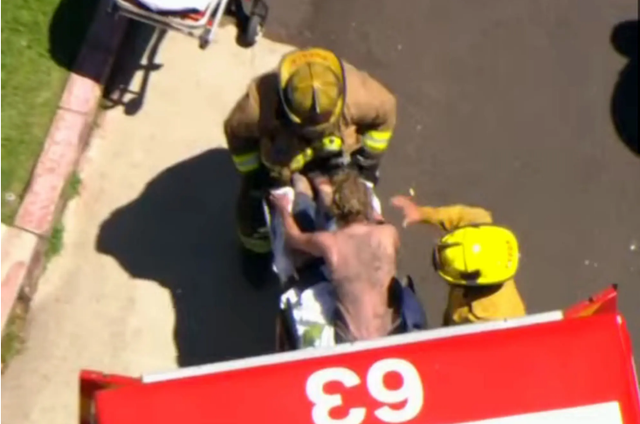 Hollywood actress Anne Heche remains hospitalized and in intensive care after a car she was driving crashed into a Los Angeles residence on Friday and burst into flames.

"Anne is in intensive care, she is lucky to be alive. She has severe burns and a long recovery ahead. Her team and her family are still trying to analyze what led up to the accident," a source close to Heche told CNN on Saturday.

The vehicle was traveling at a high rate of speed when it veered off the road and crashed into a residence, Los Angeles police public information officer Jeff Lee told CNN on Friday.

Heche was taken to a local hospital by Los Angeles Fire Department paramedics in critical condition. It took firefighters more than an hour to "access, contain and fully extinguish the large flames within the heavily damaged structure," the LAFD said.

No other injuries were reported.

On Saturday, a law enforcement source familiar with the investigation told CNN that authorities had not yet questioned Heche about the circumstances of the incident.

The Los Angeles Police Department is investigating the crash and an earlier incident "for misdemeanors," an LAPD spokesman told CNN Saturday evening.

The LAPD said no arrests have been made. Heche remained hospitalized as of Saturday night, and the nature of her injuries prevented officers from interviewing her, the law enforcement source added. 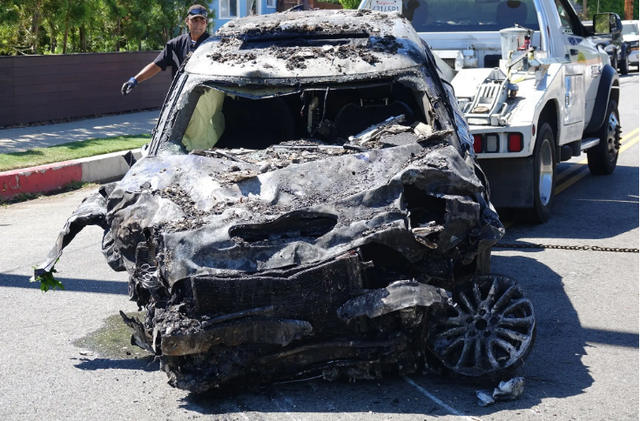 Heche has appeared in numerous television series recently, including "The Brave," "Quantico," and "Chicago PD." She has several acting projects currently in post-production, according to her IMDB profile.