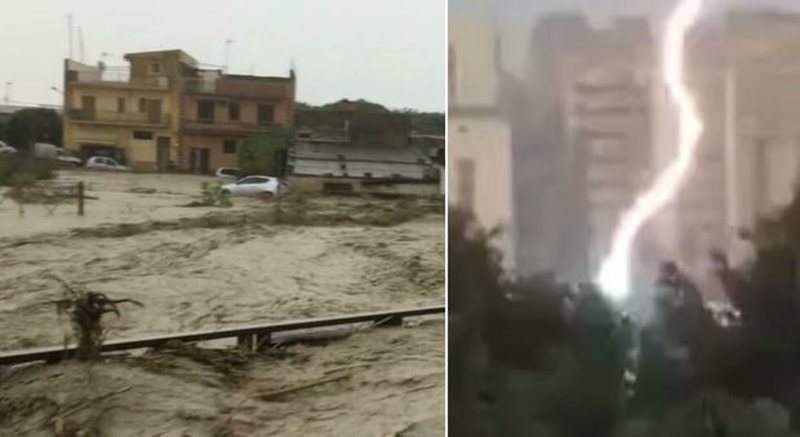 Civil Protection in Italy has given the red alert for the weather especially in Sicily and Calabria. The alert level has been raised from orange to red, as 24 hours of intense rainfall accompanied by storms and floods are expected.

Some mayors have ordered the closure of schools as a precautionary measure. Among the endangered cities are Messina, Catania and Syracuse.

Meanwhile, during today there were about 55 rescue interventions while trees and poles were reported to have fallen on the road.

It is also reported that the San Giuliano Bridge in Catania has been damaged due to bad weather in Eastern Sicily.

Some drivers got stuck on the bridge and found it impossible to cross to the other side. A storm coming from Libya is hitting the Central Mediterranean causing damage and flooding.