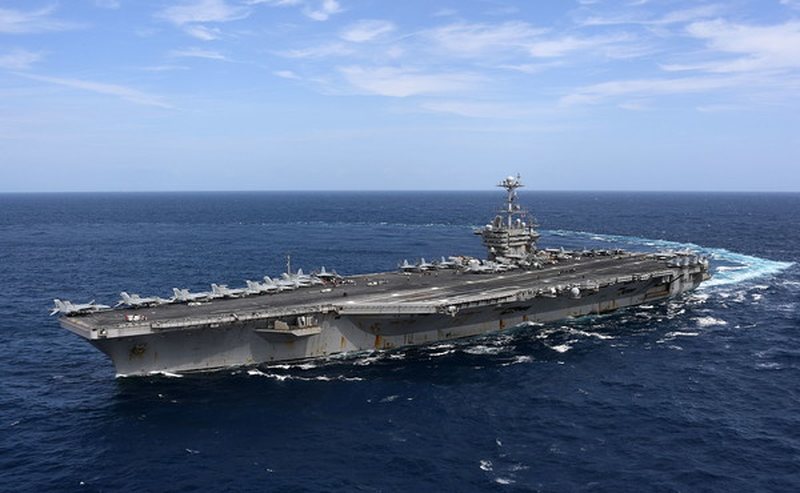 Large-scale maneuvers and war games have begun to appear in the Mediterranean, increasing the chances of a clash. Russia challenges NATO in its largest basin in Europe, the Mediterranean. The tension between NATO and the United States on the one hand and Russia on the other, due to the invasion of Ukraine, is constantly increasing and the episode recorded a week ago in the waters of the Adriatic Sea represents a warning that the situation is coming it gets complicated. A top secret story, which was revealed by the site "The Ship Yard Naval Consultancy", shows that Russia is already openly provoking NATO in Europe. Apparently the aircraft carrier Truman, the flagship of the NATO fleet in the Mediterranean, has been "blocked" by a Russian ship, "Varyag" and by a fighter "Admiral Tributs". The boat's job was to record NATO's reactions to the Russian ship and fighter raids. An operation that has remained secret until today.

NATO aircraft carrier is captured by the Russians

But what happened? The aircraft carrier Truman, the flagship of the NATO fleet in the Mediterranean, has been "blocked" by two ships of the Russian federal navy, the Varyag and the Admiral Tributs, which operate as missile destroyers. The two ships would have deployed some sort of combined maneuver to remotely monitor the US ship's movements with tipped radars. In fact, in the waters bordering the Ionian Sea was also the Vasily Tatishchev, a spy ship capable of intercepting radio communications and sensor pulses. The Russians, according to the reconstruction, were on a mission to record NATO's reactions to the raids by the Russian ship and the gunner and to control the passage between the Ionian and the Adriatic. Thus, the Russian destroyer penetrated as far as Abruzzo. A stretch of sea particularly full of military ships as the American cruiser Forrest Sherman was also on the coast of Santa Maria di Leuca which would have been found in front of the "Varyag". As mentioned, war games in our seas. According to the latest updates, the Russian ships have left, but the presence of Moscow submarines in our waters is not excluded. As evidence of the rising tension in the area, on Saturday 13 August, Italian reconnaissance aircraft returned to monitor the sea between Calabria and Greece.

Has NATO ever posed a real threat to Russia?

With the end of the Cold War and the collapse of the Soviet Union in 1991, NATO adopted a broader approach in which its primary objectives of defense and deterrence were complemented by those of cooperation and security, including non-proliferation. mass destruction. NATO has also tried to build a partnership with Russia. It established the NATO-Russia Council, which provided a mechanism for consultation and cooperation on a wide range of security issues in the Euro-Atlantic region. Thus, NATO's official strategies and policies have focused purely on defense and deterrence and on creating of practical security and cooperation mechanisms. It must also be said that Russia's claims about the "promises" made to its leaders by the West in the early 1990s regarding the limitations of NATO's eastward "expansion" do not hold water. There is no document or agreement that would provide such security. So what is the real reason for Russia's aggressive anti-Western policy? It seems clear. With these moves, Russia is seeking to weaken or dissolve the EU and NATO. In Ukraine, Russia is committing atrocities. The torture, rape and mass murder of hundreds of Ukrainian civilians once again reveal the true nature of the contemporary Russian regime and society. This, without a shadow of a doubt, refutes all of Russia's false accusations about NATO's alleged threat to its security. Russia itself remains an "evil empire".