The person suspected of the murders during the 4th of July parade near Chicago is arrested, the motive of the attack is revealed 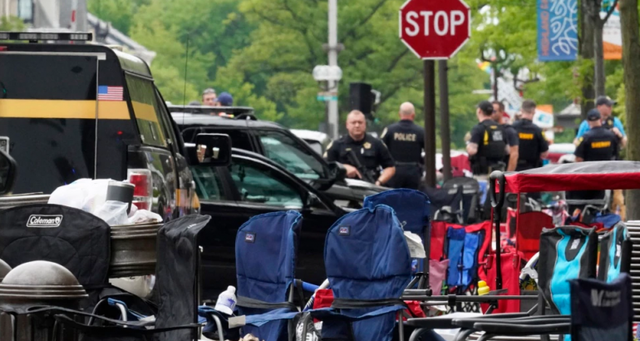 Police in the US state of Illinois have arrested a young man suspected of carrying out Monday's deadly attack on an Independence Day parade.

A gunman opened fire from the roof of a building on families with children waving flags and riding bicycles in a parade, killing six people and injuring more than 36 others in Chicago's Highland Park.

Fourth of July celebrations in a suburban Chicago neighborhood turned to tragedy Monday when a gunman opened fire on families participating in the parade from the roof of a building.

After a manhunt that lasted several hours, police said they had a suspect in custody after 22-year-old Robert E. Crimo III turned himself in to authorities. The motive for the attack is not yet clear.

At least six people were shot dead and dozens more were injured, including children.

One parent said he had to take drastic measures to protect his son.

The witness Amarani Garcia was in the parade with her little daughter.

Just hours after the Highland Park shooting, officials said two Philadelphia police officers were shot as thousands of people celebrated the Fourth of July with a fireworks display.

The incidents come as gun violence is fresh in the minds of many Americans.

In May, about 20 students were killed at an elementary school in Uvalde, Texas, just over a week after ten people were shot dead at a grocery store in Buffalo, New York.

President Biden signed into law some restrictions on gun purchases last month, but said Monday that much more needs to be done./VOA