'' Like her father '' / 'Bild' reveals details of what is happening to the President's daughter: Vladimir Putin's daughter undergoes treatment that costs 5 thousand euros a session 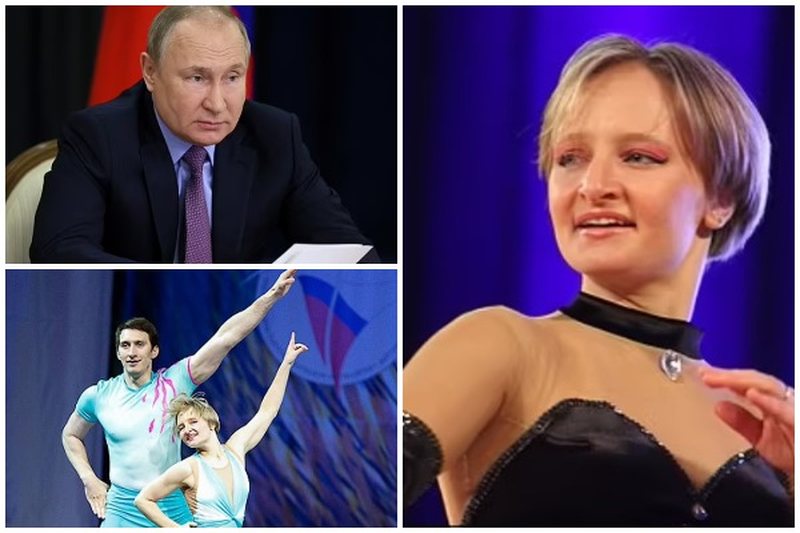 Tikhonova traveled to Munich for treatment, which uses the patient's own blood to "lift" or remodel the face by injecting plasma and hyaluronic acid.

According to German media, her blood was taken, which was processed and injected again under the skin in a treatment that cost 4,310 pounds a session, or about 5 thousand euros, writes "Bild".

She also underwent Botox procedures and performed hyaluronic acid injections to treat wrinkles on the forehead and wrinkles around the lips.

Previous reports have suggested that both her father, Putin, and his alleged girlfriend Alina Kabaeva, 39, a Russian gymnast, underwent both Botox treatments.

A Russian commentator writes online about Katerina's news: "Like her father…".

Another asked: 'Putin's daughter spent thousands of euros on a strange beauty procedure - does she, like her father, want to be younger and live forever?'

Katerina Tikhonova, the youngest of Putin's two daughters from his marriage to former Kremlin first lady Lyudmila, was married to the youngest Russian billionaire, Kirill Shamalov, 40.

She was thought to live mainly in Munich, but moved to Moscow at the beginning of the Russian war in Ukraine.