"Those who support the West are ...", Vladimir Putin comes out with a serious threat to Russian citizens 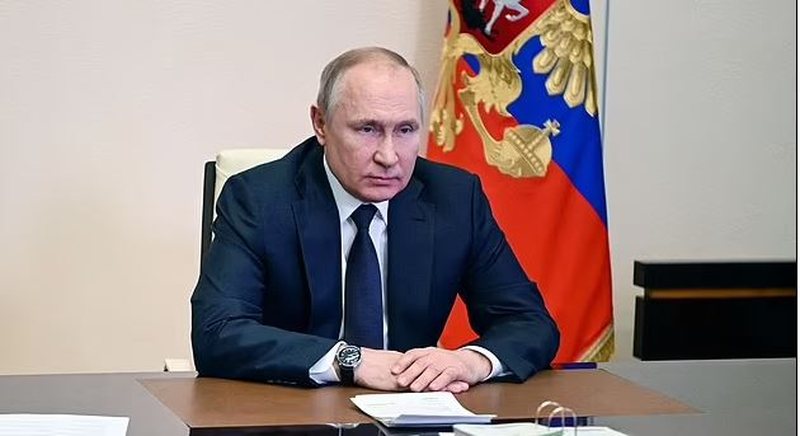 Russian President Vladimir Putin has called pro-Western Russians who did not agree with the occupation of Ukraine national traitors.

"The West will try to rely on the so-called fifth column, on national traitors, on those who make money here with us, but live there. "And I mean 'live there' not in the geographical sense of the word, but in their opinion, their slave conscience," Putin said.

The term "fifth column" usually refers to enemy sympathizers and originated during the Spanish Civil War.
The Russian leader, whose forces are stranded in Ukraine and whose country is facing economic disaster due to Western sanctions, has often blamed Western influences for what afflicts his country.

Putin has imposed blind allegiance to the Russian media and earlier this month signed a censorship bill making it almost impossible for international news organizations to accurately report news within or from Russia.

Despite the crackdown, a Russian state television journalist protested Monday against the invasion of Ukraine during a live broadcast on Channel One.

His economy is on the verge of bankruptcy. On Wednesday, Russia said it had ordered $ 117 million in interest payments due Wednesday to be sent to investors. But because the funds used to make the debt payments came from Russia's frozen foreign assets, it remains unclear whether investors will get their money back.

President Joe Biden, in a shift to the US position, said on Wednesday that the Russian leader was a "war criminal". It was the harshest condemnation of Putin's actions by any US official since the start of the war in Ukraine three weeks ago.