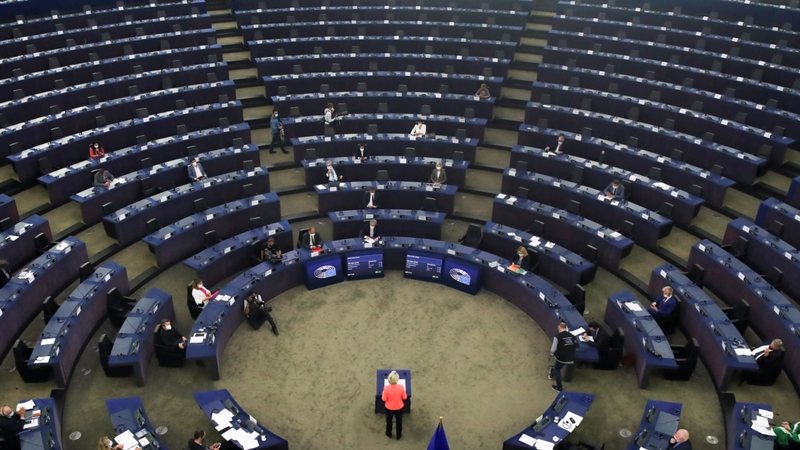 The European Union promises to donate 200 million doses of COVID-19 vaccines to low-income countries by mid-2022.

European Commission President Ursula von der Leyen made the promise Wednesday in Strasbourg, France, during her annual address to the European Parliament.

Ms Von der Leyen said the 200 million doses were in line with the previously promised 250 million doses, calling them "an investment in solidarity and in the service of global health".

She said "the degree of injustice and the level of urgency is apparent" in conditions where less than 1% of all doses globally are injected in low- and middle-income countries.

"Let us do everything possible so that it does not turn into a pandemic of the unvaccinated," she told EU lawmakers.

Meanwhile, U.S. military officials issued an order for mandatory vaccination of all uniformed personnel. They said they expect all soldiers on duty to be fully vaccinated against COVID-19 by December 15, while setting a deadline of June 30, 2022 for all soldiers in reserve and the National Guard.

The statement said soldiers who refuse vaccination should "first consult with their chain of command and health care providers", but warned that if they continued to refuse they would be suspended from duty or removed from service.

US general fears warning: US could be threatened by al-Qaeda within a year

Chaos at gas stations, quarrel with knives between drivers for little gas (Video)

Holding hands, the couple lost their lives within a minute, were fully vaccinated against Covid

77 years after the horror, Hitler's "super weapon" is found, archaeologists discover it "hidden" in a field in England!

The latest study is published, these people are at higher risk of being hospitalized and dying from COVID-19

The long-awaited news is coming / The medicine against Covid-19 is being tested, it prevents all the symptoms from the first stage of the infection

The traffic quarrel "rages" the former famous football player, pulls out his weapon and kills 1 person and injures 4 others while being targeted by his luxury car. Citizens are alerted (VIDEO)

After Crete, Italy is also shaken by two consecutive earthquakes

A new clash in the Middle East? The Israeli Prime Minister in the speech of the UN Assembly issues the warning: Iran has crossed all the red lines, the nuclear weapons program ...

Crete finds no peace / Other strong tremors are recorded this morning, here is the magnitude