"We must be together more often!" Albin Kurti's message 'stings' Rama on the 110th anniversary of independence: Let's get involved in each other's issues, but not to hinder

The 110th anniversary of Independence, the two Parliaments of Albania-Kosovo meet, the joint session begins

EU to issue vaccination passport, who has not received the vaccine risks not traveling 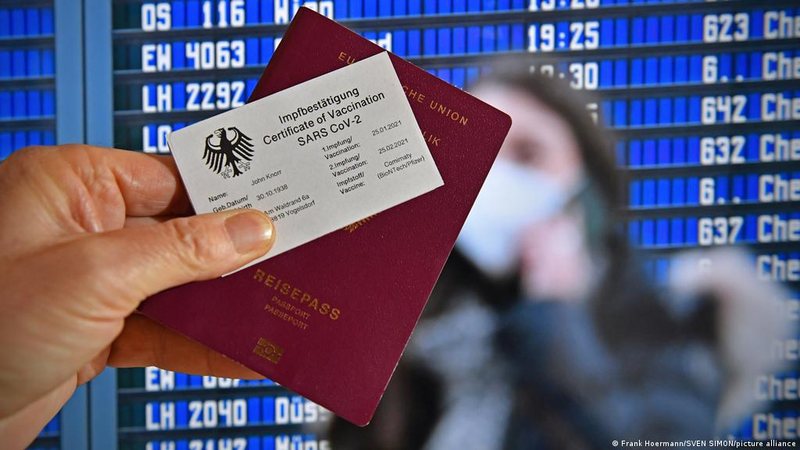 The European Union has already started applying for travel through the Vaccination Passport, a document which has come into use in an attempt to facilitate visits at a time when the pandemic is hampering movement not only within the EU. There are currently seven of the union states that have started using this passport. The European Commission says seven member states, Bulgaria, the Czech Republic, Denmark, Germany, Greece, Croatia and Poland, have begun issuing the first certificates. Other countries will follow suit when all functions are deployed across the country. The certificate is available in digital or paper form, free of charge. The documents will be distributed in the national language and in English and are valid in all countries of the bloc. " EU citizens are looking forward to traveling again and want to do so safely. "EU certification would be a crucial step," said EU Health Commissioner Stella Kyriakides. Greek Minister for Digital Strategy Kyriakos Pierrakakis said travel would be made easier within the EU as countries countries will no longer issue individual country certificates, but will adopt a joint certificate. "It will simplify things considerably," said Pierrakakis. days from the second dose. However bloc countries have not yet supported the recommendation. The European Union's plan is for a single system to facilitate safe travel by verifying the status of the holder of this passport, a status which is recognized by three options: vaccinated, cured or tested negative on the Covid-19 test. Meanwhile, the European Commission has clarified that more than 20 countries have successfully tested the system in the last month.

The way this passport worked is by scanning the QR code in the form in which this passport comes. This code can be saved on the phone or even printed on paper. The Commission clarifies that in order to preserve the privacy and security of the passport holder, the data are not recorded and stored anywhere. Greece, which relies heavily on tourism, has insisted on using the certificate with advanced safety features. Certificates are given to people who are fully vaccinated, as well as those who have had the virus and developed antibodies, as well as others who have done a test within the last 72 hours and tested negative. Meanwhile, Alberto Alemanno, Professor of EU Law Policy at HEC Paris, told Euroneas that the system would test cooperation between EU countries. as many have sought to enforce their rules on movement amid the pandemic. "We must remember that the entry conditions to obtain this certificate will vary from country to country. Each country reserves the right to refuse the COVID certificate as such. This can in fact be the source of much confusion and issues which can not be predicted yet, "he said. The European Commission is aiming for 70 percent of the bloc's 450 million people to have received at least one dose of the vaccine by the end of July. Commission chief Ursula von der Leyen said Wednesday that the EU is on track to reach that target with more than 250 million doses administered so far. More than 80 million Europeans have been fully vaccinated. Brussels has also previously shown that fully vaccinated people from third countries should be able to visit the Old Continent without any quarantine requirement provided EU-approved strokes are administered. The European Supervisor has approved the use of four vaccines from Pfizer / BioNTech, AstraZeneca, Moderna and Johnson & Johnson.

Is the war breaking out? Russia pulls out nuclear missiles, England sounds the alarm and reveals the imminent plan: What the latest report says

The winner of the "Magic Song" festival has been announced. In this 23rd editio...