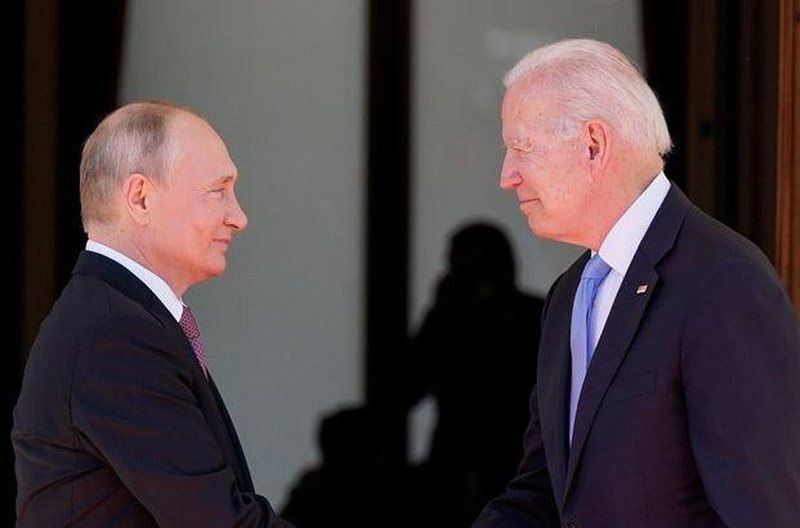 The President of the United States, Joe Biden has hinted that he is ready to talk with his Russian counterpart Putin if the latter shows willingness to end the occupation of Ukraine.

Biden's comments were in response to a question from a reporter during the visit of French President Emmanuel Macron.

But the American president has made the talks conditional on the support of NATO allies.

"I'm ready to talk to President Putin if he's interested in finding a way to end the war, which he still hasn't done," Biden declared.

Reacting, the Kremlin made it known that President Putin remains open to talks that are in Russia's interest.

Also, spokesman Dmitry Peskov told reporters that Moscow is not yet ready to accept Biden's terms.

"What did President Biden say? "He said that negotiations are possible only after Putin leaves Ukraine," Peskov underlined.

He added that finding ground for joint talks is difficult as long as the United States does not recognize as part of Russia the "new territories" in Ukraine, which Moscow declared its own at the end of September.

Biden and Putin last met in Geneva, Switzerland last June, before the start of the war in Ukraine, when talks focused on nuclear disarmament and cyber security.