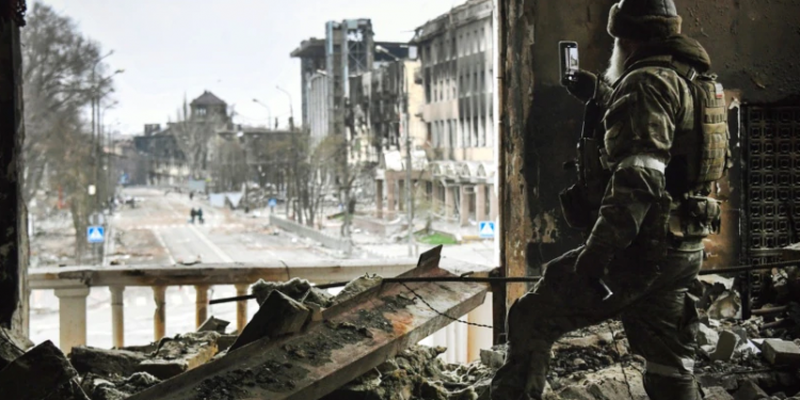 A court in Ukraine has sentenced a Russian soldier from Siberia to 10 years in prison for shelling a residential building in the northern Ukrainian city of Chernihiv in late February.

The city's court sentenced Sergeant Mikhail Kulikov on August 8 after he pleaded guilty to firing a tank cannon at a high-rise apartment building on February 26, two days after Russia began its unprovoked invasion of Ukraine.

Kulikov told the trial that he had followed the order of his supervisor, who shouted that there was a person in the building with a grenade launcher, which later turned out to be untrue. The shelling did not cause casualties, but destroyed two private apartments.

"I want to say to everyone who was affected by what I did, both morally and physically, that I am sorry. I regret what I have done from the beginning until today. I am very sorry. Excuse me. I just want to go home to my family. Thank you for everything," he said in front of the court.

Sources in Kulikov's hometown of Zarinsk in the Altai Krai region told RFE/RL that 31-year-old Kulikov served in a tank unit in the city of Aleisk.

Earlier in May, another Russian soldier from Siberia, Vadim Shishimarin, was sentenced to life in prison after shooting dead a civilian in Ukraine's northeastern Sumy region. This sentence was later commuted to 15 years in prison.

Also in May, a court in the northeastern Ukrainian city of Kotelva sentenced two Russian soldiers, Aleksandr Ivanov and Aleksandr Bobykin, to 11 and a half years in prison each.

They were found guilty of shelling and destroying several residential buildings in the town of Kozacha Lopan and a school in the town of Veterinary in the eastern Kharkiv region on February 24, the first day of the Russian occupation of Ukraine./REL

After Vladimir Putin's threats of nuclear weapons and World War III, will Serbia finally turn its back on Russia? Serbian media reveals the behind-the-scenes