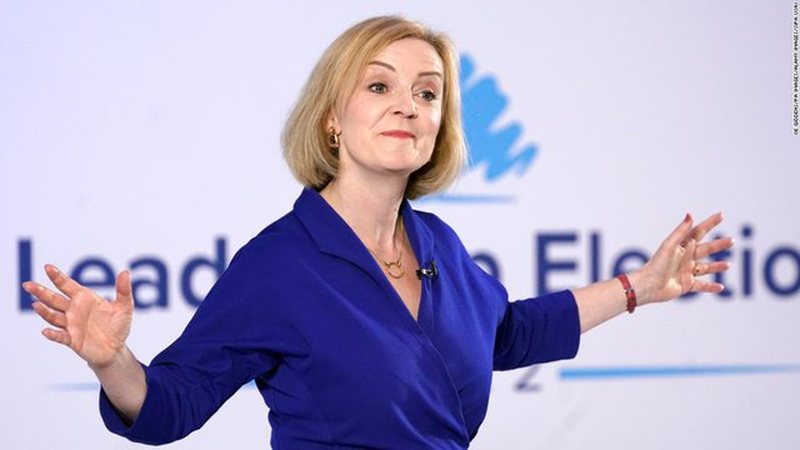 The high number of asylum seekers and illegal immigration through the English Channel, where Albanians made up this summer the highest number of those crossing the island by dinghy, is for the newly elected Prime Minister of Great Britain, Liz Truss, a among the biggest challenges.

But it seems that the new leader has a solution and after offering the British her government's plan to face the economic and energy crisis that has gripped the country, she has already announced the discovery of the project to control immigration to Britain from the start.

Under Truss' package, Britain will launch a major overhaul of its visa system in a move to tackle acute labor shortages in key industries.

According to the report first revealed in the Financial Times, the Prime Minister is ready to defy some of her anti-immigration cabinet colleagues by making changes to the "missing occupations list".

And that means neither more nor less, but allowing certain types of industries to recruit more staff from abroad, in occupations that are not just at the engineering level, but also include a wider spectrum of qualified.

The review could also approve a relaxation of the requirement to speak English in some sectors to enable more foreign workers into the country, the report said, citing a Downing Street official.

Meanwhile, asked about the idea that immigration rules could be relaxed, UK Finance Minister Kwasi Kwarteng told the BBC on Sunday: “It's not about relaxing the rules. The whole point about the Brexit debate if we want to go down there was that we have to control immigration in a way that works for the UK."

Asked if more professions would be added to the list of people who can legally enter the island, Kwarteng said the Home Minister would give an update in the coming weeks on the matter.

"The Home Secretary will make a statement in the coming weeks. But we have to grow this economy", Kwarteng emphasized.

Truss, who took office earlier this month, has had few opportunities to outline her vision for the country, but said on a trip to New York last week that she was prepared to make unpopular decisions when the government sought to stimulate economic growth.

Meanwhile, the Financial Times in its report also adds that the UK government is determined to lift the cap on seasonal foreign workers working in agriculture.

EU member states, an unexpected decision is made for Bulgaria and Romania

What is expected to happen? Saudi Arabia's prince sets his sights on China

The sister of the supreme leader of Iran goes against her brother, risks...

She was sentenced to 9 years in prison by Russia, the American basketball player is released, here's who she was exchanged with

TRAGIC/ She was doing exercises in the gym, the 28-year-old fell to the ground and suddenly died (VIDEO)

A powerful earthquake hits Russia, here is the magnitude

Earthquake in Italy, 3 aftershocks within 10 minutes