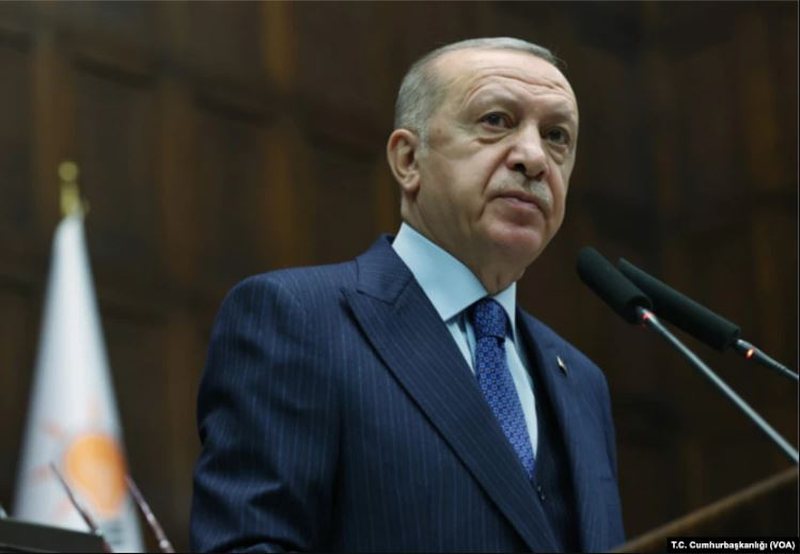 Political opponents of President Tayyip Erdogan said his call to expel the ambassadors of 10 Western allied countries was an attempt to divert attention from the economic hardship Turkey is going through. Diplomats, on the other hand, still hope that deportations will be avoided.

On Saturday, Mr Erdogan said he had ordered the ambassadors of some countries to be declared "undesirable persons" after demanding the release from prison of philanthropist Osman Kavala. The Turkish Foreign Ministry has not yet implemented the president's instruction, a move that would create the deepest rift with the West in Erdogan's 19 years in power.

The diplomatic crisis coincides with investor concerns about the Turkish lira falling to record lows following a decision last week by the Central Bank to cut interest rates by 200 per cent, under pressure from President Erdogan to stimulate the economy. .

"The reason for these moves is not the protection of national interests, but the creation of artificial reasons for the destruction of the economy," he wrote in a Twitter post.

Osman Kavala, who has contributed financially to numerous civil society groups, has spent four years in prison, accused of financing nationwide protests in 2013 and involvement in a failed coup in 2016. He has dismissed the charges and is being held in custody while the trial against him continues.

Mr Erdogan called the diplomats' demands "brazen", adding that they had no right to demand Mr Kavala's release, stressing that the Turkish judiciary was independent.

Sinan Ulgen, chairman of the Istanbul-based Edam Research Institute and a former Turkish diplomat, said he hoped Ankara would not expel the diplomats. In a twitter post, he called the Turkish president's proposal an unprecedented move among NATO allies.

"The Turkish Foreign Ministry is working hard to find a more acceptable formula. "But time is running out," he said.

But President Erdogan has not always carried out his threats.

In 2018, following a dispute with Washington, Mr. Erdogan stated that Turkey would boycott US electronic goods. But the sale of goods was not affected. Last year, he called on Turks to boycott French goods over what he called President Emmanuel Macron's "anti-Islamic" agenda, but he did not implement such a measure.

According to a diplomatic source, a decision regarding diplomats is expected to be made during the cabinet meeting on Monday. According to him, it was also possible to reduce tensions, given the concerns over the possible diplomatic consequences. Mr Erdogan has said he will meet with US President Joe Biden during the G20 summit in Rome next weekend. / VOA