Will the war break out? NATO countries send ships and planes to Eastern Europe, tensions rise in Ukraine 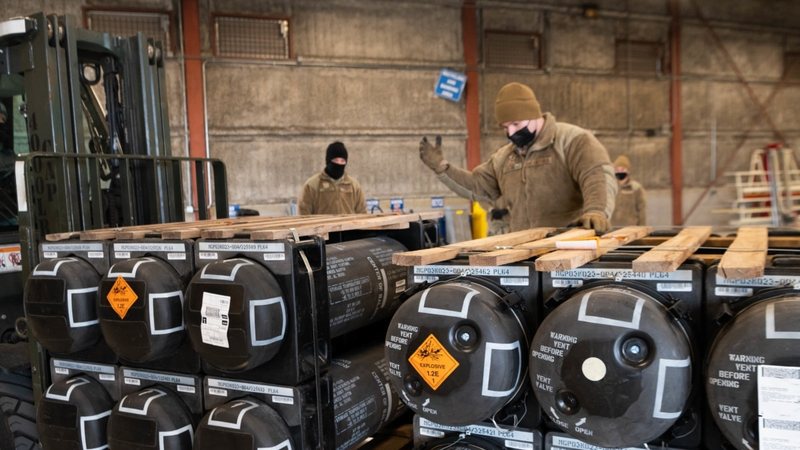 NATO said Monday that its member states are sending more ships and fighter jets to Eastern Europe in response to Russia's military build-up along its border with Ukraine.

A NATO statement noted the deployment of troops, or consideration of the possibility of sending additional troops and equipment from multiple countries, including Denmark, Spain, France, the Netherlands and the United States.

"NATO will continue to take all necessary measures to protect all allies, including the strengthening of the eastern part of the alliance," said NATO Secretary-General Jens Stoltenberg. "We will always respond to any deterioration of our security environment, including strengthening our collective defenses," he added.

The United States and Britain have also announced that they have ordered their embassy staff and family members in Kiev to leave Ukraine, citing the possibility of Russian military action.

The Ukrainian Foreign Ministry expressed dissatisfaction with US and British decisions.

"While respecting the right of foreign nations to ensure the security of their diplomatic missions, we believe that such a step is premature and an example of excessive care," Oleg's spokesman Oleg wrote on Twitter on Monday. Nikolenko.

European Union foreign policy chief Josep Borrell said on Monday that the EU was not planning any similar withdrawals. He made the remarks ahead of a meeting of EU foreign ministers, which US Secretary of State Antony Blinken has joined virtually this afternoon.

"We will not do the same because we do not know any specific reason. "But Secretary Blinken will inform us."

The war in Ukraine / WHO Assembly gives a strong blow to Russia, condemns ...

The cursed castle that no one would want to visit, whoever tramples it dies after 1 year

Putin has a telephone conversation with the Italian Prime Minister, this is what he is asking of Draghi

"We are fighting like Kosovo against Serbia," the Serbian Interior Minister reacted harshly against Klitschko

The US and Japan 'tooth for teeth' with Russia and China, send the strong message

Photo / Wearing a bulletproof vest and accompanied by soldiers, the Prime Minister of Finland visits Ukraine, meets with Zelenskyn

What is happening in Belarus? Lukashenko gives the unexpected order: To create a new military commando for ....

Who is the trusted woman who has been included in the team? Donald Trump again towards entering the race for US President