After Berisha, Genc Ruli targets Meta and describes the SMI as a clientelist party, Basha in open war with his predecessor and President

Two new versions of COVID alert the WHO, the Emergency Committee convenes immediately 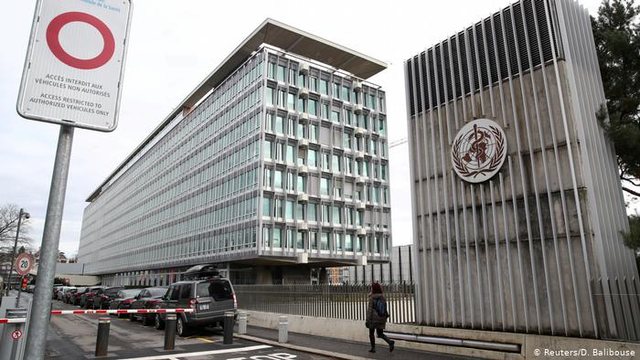 The World Health Organization is alarmed by the rapid spread of the new variant of the SARS-CoV-2 virus, a mutation that is highly contagious. The second year of the pandemic could become even more severe.

Due to the rapid spread of the new variant of the Corona virus worldwide, the Emergency Committee of the World Health Organization, WHO convenes on Thursday in Geneva to consult on current developments, two weeks ahead of schedule.

Two mutations of the virus have been detected in South Africa and the UK, both of which are considered far more contagious than current forms. These mutations are now distributed in 50 countries around the world. Meanwhile, Japan announced the discovery of a new mutation, which probably originated in the Amazon area in Brazil. This variant is currently being researched.

The second year of the pandemic could be even more severe, according to the WHO. The reason for this is the spread of the virus, said WHO Deputy Director General Mike Ryan. The epidemiologist who coordinates the fight against the pandemic, says that this especially affects the northern hemisphere of the globe because of the new variants.

The Iberian Peninsula in crisis

From Friday Portugal enters a new lockdown. Prime Minister Antonio Costa called for work from home, where possible. "The rule is very simple: We should all be home." The pandemic has reached the most critical stage in this country, compared to the population, Portugal with 8,200 deaths and 507,000 infections is among the countries with the highest figures in the last seven days. Infection rates have also risen in Spain. While 91.65 million people have been infected worldwide, 1.966 million have died from the virus, according to a Reuters estimate.

Of late, but finally China allowed the World Health Organization team to investigate the origin of the virus. The team of 10 people has meanwhile arrived in Wuhan, the place where at the end of 2019 the first outbreak of the infection was discovered. WHO experts will have to stay in quarantine for two weeks, according to very strict regulations of the Chinese authorities./DW

His photo during the inauguration of Joe Biden as President conquered the world, you will not believe what happened after that with the US senator

"Next, please" / Severe political crisis in Italy, here is what DW writes about the latest developments

Cinematography in black / Has won over the whole world with her roles, the legendary actress dies (NAME + PHOTO)

Department of Homeland Security issues alarm: Warnings of politically motivated violence in US

There is no calm for Donald Trump, the US Senate makes the latest move against the former president

WHO gives important announcement, shows the number of countries affected by the COVID-19 mutation, which was discovered in Great Britain

Serious crime! The young man kills 6 members of the family, only his younger brother escapes the shooting

Will President Biden keep his commitments to the coronavirus?

She was invited to the news program, citizens do not believe their eyes from what they see on the bookshelf (Video is breaking the network)

What happened? AstraZeneca withdraws from talks with EU representatives on anti-COVID vaccine

"I imagined that I would spend my whole life with him", Jonida Maliqi recounts the two most difficult periods she has faced

Singer Jonida Maliqi has shown two difficult moments she has faced: The departur...

Shocking crime / He was killed by his father, Albanian showbiz characters touching messages for the businessman and the former manager of "Babastars"

After Tea's reaction, Shqipe Hysenaj 'explodes' badly and leaves nothing unsaid: When I saw you for the first time ... (PHOTO)

The former competitor of "Për'puthen", Shqipe Hysenaj, does not know how ...

What happened between them? Olsi Bylyku ??clarifies the quarrel with Rezart Veleshnaj: We are not talking!

Olsi Bylyku ??started his career in the show "Portokalli" at a very young age. A...

What do you think of Anna? Homeland bluntly says in the middle of the show: She is ... (VIDEO)

One of the most talked about boys of this edition in "Për'puthen" is Atdheu...

After the sensational quarrel, the famous singer does not part with Arian Çani: She promotes Greeks and Serbs, but ...

Well-known singer Rovena Stefa apparently did not get angry with the moderator o...

Yes there was democracy waiting for the face of...

The idiocy of moving from "pandemocracy to vacc...

We want another vaccine, to protect us from the...