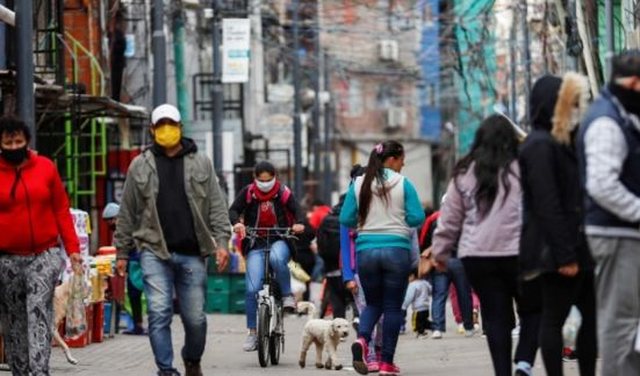 Argentina imposed a new tax on its wealthiest people, through which medical supplies and relief measures could be paid amid the coronavirus pandemic.

The so-called "millionaire tax" was passed in the senate with 42 votes in favor and 26 against. People with a fortune exceeding 200 million pesos or $ 2.5 million will have to pay such a tax. Argentina has so far recorded nearly 1.5 million infections and almost 40,000 deaths from the coronavirus.

It has been hit hard by the pandemic, becoming the fifth country in the world to report one million confirmed cases in October, despite having a population of about 45 million. Isolation measures on the other hand of the economy of the state that has long struggled with unemployment, high levels of poverty and massive government debt. Argentina has been in recession since 2018.

The trial of Donald Trump, the leader of the majority in the Senate, reveals when the process begins

The COVID balance sheet is published, here is what happened in Italy in the last 24 hours

German media give 'bomb' warning: If Greece implements the 12-mile enlargement, Turkey will ...

After the suicide of the 10-year-old, another tragic event occurs, the train crashes to death the 18-year-old after making a video for TikTok

Scandal / The doctor steals the doses of the vaccine to give to his family and friends, the Prosecution reacts and an immediate decision is made against the doctor

Occurs for the first time in the world / Two decades after the accident that took him both limbs, doctors realize the great miracle

The anti-mafia mega operation, 48 people are arrested, including politicians and MEPs