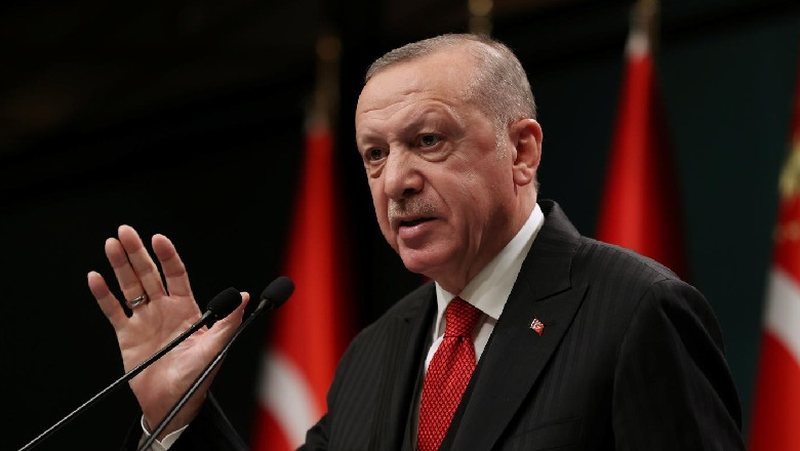 Turkish President Recep Tayyip Erdogan has ordered an investigation into possible currency manipulations, as the Turkish lira hit a record low against the dollar this week.

The state-run Anadolu news agency reported that Erdogan had asked the State Supervisory Council to identify institutions that had purchased large quantities of foreign currency and to determine if there had been any manipulation.

The Turkish lira fell to lower levels this week as President Erdogan vowed to pursue a policy of easing interest rates. The Turkish currency has lost 45% of its value this year, and half of the depreciation has occurred in the last two weeks.

The Turkish lira fell to 13.45 against the dollar on Tuesday, as Erdogan said he would continue the policy of the central bank lowering the rate to 15%, despite inflation being around 20%.

During the speech, he said Turkey was fighting "a war for economic independence" and would not bow to pressure to change policy.

"We are seeing games being played for the exchange rate, interest rates and rising prices by those who want to take our country out of the game," he said.

The State Oversight Board of Turkey may request various organizations to submit relevant information and documents and then send the findings of the investigation to the relevant authorities./REL