What happened? The unidentified object is filmed hanging over the house, it is alleged that ... 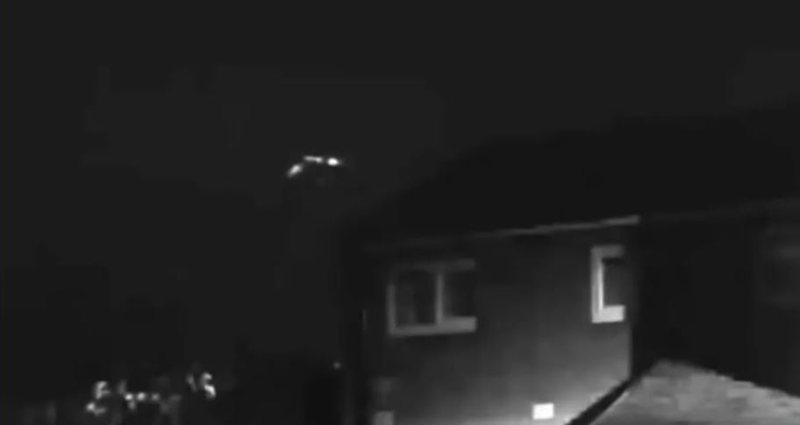 An unidentified object was filmed standing for about an hour over a house. Claim to be an infamous UFO, called the "Black Triangle"

The unidentified object was seen flying over a house in Huddersfield, West Yorkshire.

The "black triangle" has been a common part of the UFO phenomenon since the first claims in the 1940s.

As their name suggests, objects appear to be flying in the sky like dark triangular shapes covered by light.

Some of the triangles are depicted up to 120 meters long and seem to fly silently.

Mick said the footage was given to him by a man who wished to remain anonymous.

"He did not want to give the exact location of where he lives."

The Pentagon is suspected of having an incredible and clear picture of a "Black Triangle" UFO spectacularly rising from the ocean, which it has not yet released.

Ever since the alleged existence of the photograph was first reported in late 2020, UFO enthusiasts have sought its publication.

A week ago the US held a historic public hearing on UFOs in Washington DC, writes TheSun.

At the first hearing to discuss unidentified aerial phenomena - or UAPs - since the 1960s, defense officials acknowledged that there had been 400 sightings and 11 close-range collisions with UFOs.

"This does not come into effect"/ Erdogan issues another threat: If we don't get what we were promised, we will block...

He was caught red-handed in Ibiza, the relationship with the famous coach costs the Bild journalist dearly, he faces the unexpected