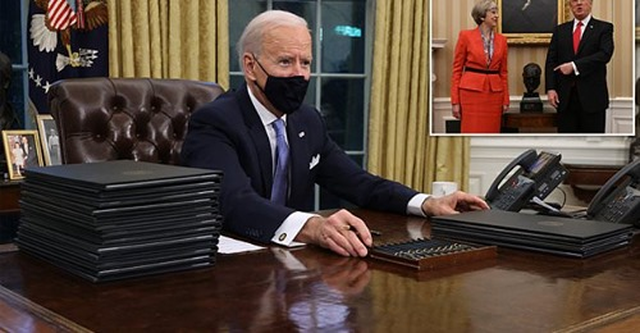 A transatlantic scandal is brewing after new US President Joe Biden removed the bust of former British Prime Minister Winston Churchill from the Oval Office of the White House, five years after Barack Obama removed the figure of the former British leader from office. Trump reinstated him when he came to office.

Some critics say the removal of Churchill's bust is a rejection of Britain and signals a further contraction in the "special relationship" between the two countries.

Churchill's figure has also recently been targeted by the anti-racism movement Black Lives Matter who have called the former prime minister 'racist' and attacked his statue outside London's parliament.

Experts also say Biden will embark on a more pro-European stance on the US, given his ties to Ireland.