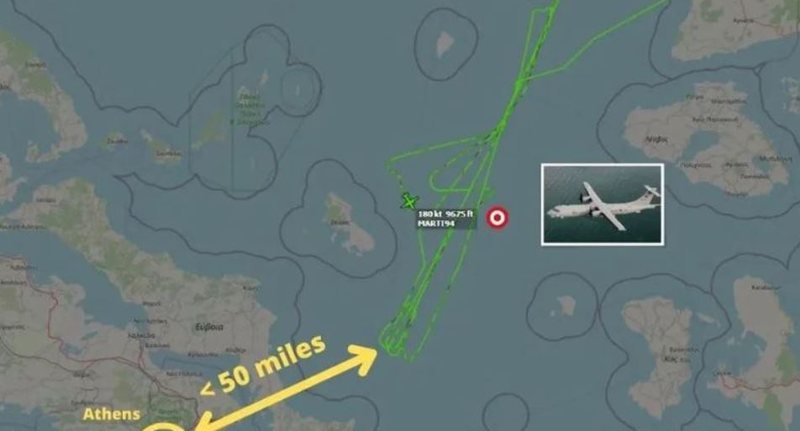 "The Turks are playing with fire, causing flights to arrive near the capital, Athens." This is what the Greek media reports, adding that the situation in the Aegean is already turning into a game for strong nerves, after the incredible escalation in which Erdogan has progressed in his threats against Greece.

The ATR P-72MPA circled the central Aegean for more than four hours (as seen by itamilradar.com), within the Athens FIR, although it carefully avoided entering the islands' airspace.

In fact, this event was repeated for the second time yesterday, with a similar plane, which also flew over the central Aegean for several hours, without however approaching Athens.

The most obvious objective of the "mission" of the specific flights was to monitor the progress of the "Argo" exercise that is taking place these days in the Aegean, with Greek and French forces.

However, the Turks are escalating their provocations and seem to be pushing things into a heated episode, where they will present the Greek side as guilty of "the first shot".