What is happening in Europe? The area around the Ukrainian embassy in Madrid is blocked, the bomb alarm is raised 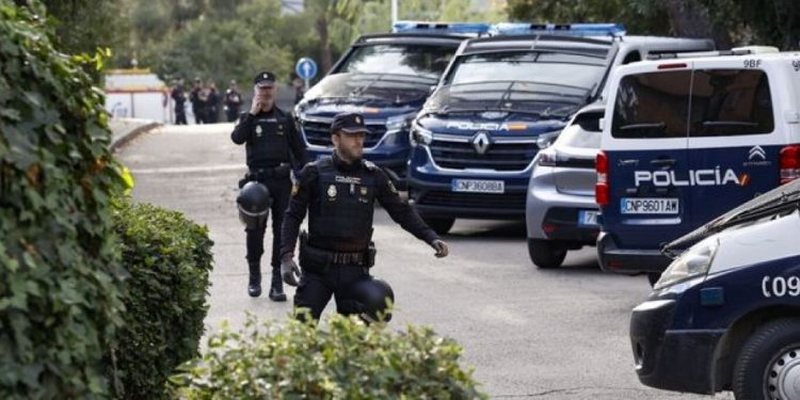 Less than 24 hours after a terrorist alert was issued, the Spanish police have again surrounded the area around the Ukrainian embassy in Madrid. It is remembered that two days ago a letter bomb was sent, as a result of which an embassy employee was injured.

An explosion was caused at the Ukrainian embassy in Madrid due to a blocked letter. Due to this incident, an employee was injured and then she was taken to the hospital where she was given first aid, but her condition is not considered serious.

According to Spanish media, the explosive substance was in a file taken by the employee.

From the first moment the area was surrounded, where the authorities implemented the protocol provided for cases of terrorist acts and all scenarios were open.

In his Facebook post, Nikolenko claims that those who sent him the packages painted them with a liquid of a special color and smell. "We are studying the meaning of this message", he emphasized in his post.

Their delivery follows a series of letter bombs found in Spain in recent days.

As he explained, such packages were received by Ukrainian embassies in Hungary, the Netherlands, Poland, Croatia and Italy, as well as the country's general consulates in Naples (Italy), Krakow (Poland) and the consulate in Brno. (Czech Republic).

"Ukrainian diplomats will continue to work successfully to strengthen Ukraine's defense capability and provide Ukrainians with the necessary energy equipment to survive the winter," he said in his post, noting that Kiev cooperates with countries foreign about the threats it receives and seeks to identify the persons involved in them in order to bring them to justice.