What is happening in Turkey? The local currency falls into the dive 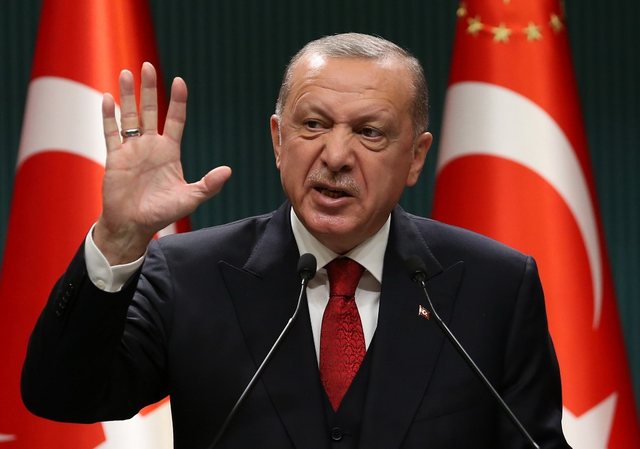 The Turkish lira has fallen to a record high, trading at 8.15 against the dollar amid investor concern about the Turkish economy being hit by the coronavirus and cracks with NATO allies.

President Recep Tayyip Erdogan has angered France and the US, among others. Analysts attribute the weakening easing to inflation concerns in Turkey, 11.7 per cent last month, and the central bank's refusal to raise interest rates. A rate hike would ease inflation and encourage investors to buy cheaper.

Meanwhile, President Erdogan's strong play in Libya, Syria, Cyprus and the Caucasus, according to analysts, has repelled investors. "Rising geopolitical tensions with the US and the EU are new sources of pressure to weaken freedom," they said.

While there are concerns that a victory by US presidential candidate Joe Biden would impose tougher sanctions on Turkey after it bought Russia's S-499 missile defense system, the market is also concerned about the rapid deterioration of relations between Turkey. and France.

The lira has lost 26 per cent of its value and Turkish authorities reportedly spent about $ 134 billion in the past 18 months to strengthen the currency. The EU is currently Turkey's biggest trading partner, but this month, EU leaders issued a stern warning to Erdogan over gas exploration near Cyprus. And if these were not enough, it is also the coronavirus that is burdening the country's economy.