What is happening? The alarm is raised in Russia, unknown drones attack two airports, Moscow is in danger (Video) 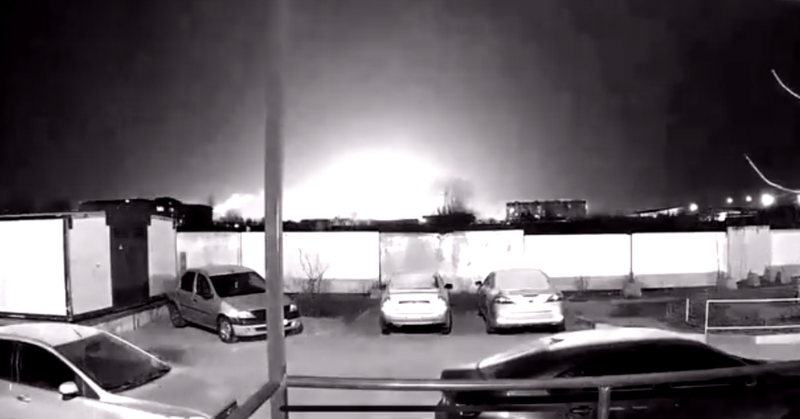 Two Russian airfields where a major attack on Ukraine was being prepared were hit by drones.

At the Engels-2 airbase, near the city of Saratov in southwestern Russia, a drone of unknown origin crashed on December 5 in the early morning hours. Two TU-95 bombers, which were previously used for attacks on Ukrainian infrastructure, were damaged in the explosion.

Satellite images were also released last week showing bombers at Engels Air Force Base preparing for another attack on Ukraine. The photos show the Tu-95 and Tu-160 jets being refueled and armed with cruise missiles. Military analysts have warned that a 'large-scale' attack on Ukraine and its vulnerable energy grids is likely to be 'inevitable'.

The same day, at 6:30 a.m., another explosion was reported at the Russian military airport near the city of Ryazan, about 200 kilometers southeast of Moscow. After the explosion of the fuel tank, there was a fire. TASS reports that three people were killed and at least five others were injured. The Russian newspaper MK reported that the explosion of a fuel tank also damaged a plane.

"'Everything in my house flew off the shelves. I thought the windows were going to blow out. Horror. We live not far from the lift zone,'" said a resident of Ryazanj.

Kiev has not claimed responsibility for the blasts, but is believed to be behind dozens of similar attacks on bases and supply depots on Russia's western border.

Engels-2 and Ryazan airfields are outside the range of Kiev's missiles, meaning both attacks were likely carried out by drones.

Hours before the explosions, Ukrainian arms company Ukroboronprom announced that it had successfully tested a suicide drone with a 75kg warhead. One such drone was able to hit both countries.