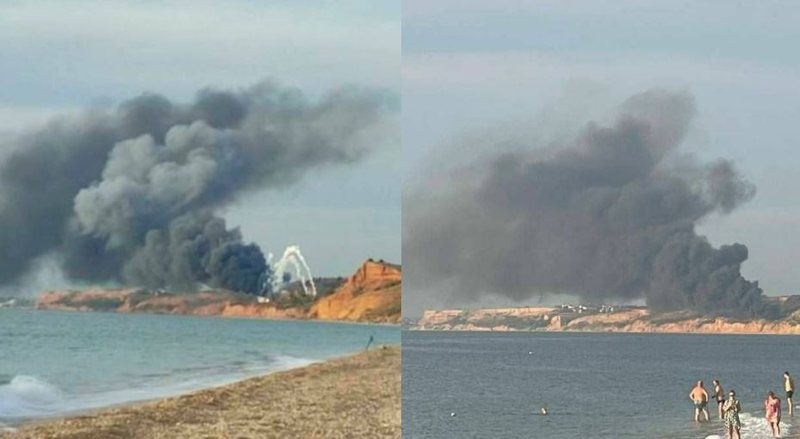 A plane has caught fire on the runway at the Russian airbase in Belbek, Crimea, as firefighters try to put out the blaze.

The base is in Sevastopol, home of the Russian Black Sea Fleet. Russia annexed Ukraine's Crimean peninsula in 2014.

Videos shared show a column of black smoke rising near the coast and what appear to be explosions.

The governor of Sevastopol, Mikhail Razvozhaev, said that "according to rescue teams, a landing plane skidded off the runway and caught fire."

In August, explosions rocked Russia's Saky military base in Crimea, and Ukraine later admitted it had hit the base with an airstrike.

#Crimea . There are clouds of smoke over Lyubimovka (near Belbek airport in #Sevastopol ). Eyewitnesses report that they heard an explosion. pic.twitter.com/nJynOgfJhJ