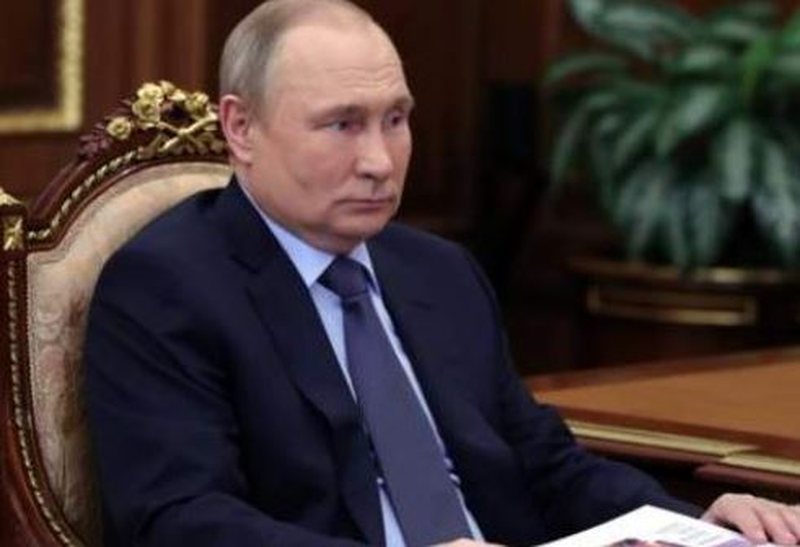 Russian President Vladimir Putin has signed a decree allowing residents of areas controlled by the Russian military in Ukraine to obtain Russian citizenship with ease.

Putin has issued an order to simplify the procedure for granting Russian citizenship to residents of the Zaporizhia and Kherson regions of southern Ukraine, reports the BBC.

Kherson is the first and only major Ukrainian city occupied by Russia.

Zaporizhia is still under Ukrainian control, but many surrounding areas are under Russian occupation.

The latest news from the Russia-Ukraine war

Food exports blocked: Russia has imposed a blockade on the northern part of the Black Sea, according to a US official who gave CNN a declassified map of the region on condition of anonymity. Ukraine provides about 10% of world grain exports, the official noted - the vast majority of which come from the country through the Black Sea ports. The head of the UN World Food Program has called on Russian President Vladimir Putin to reopen ports in Ukraine for exports to prevent children around the world from starving to death.

Mariupol death toll: At least 22,000 residents are believed to have died during Russia's three-month offensive in Mariupol, according to an official from the Ukrainian port city. Petro Andriushchenko said the figure is based on the many contacts he and other city officials continue to have with officials trapped inside and believes the actual number could be much higher. Figures can not be verified independently.

Europe on alert: Hungary will enter a "state of emergency" over the war in Ukraine, Hungarian Prime Minister Viktor Orban said on Tuesday. "Hungary must stay out of this war and protect the financial security of families. To do this, we need room for maneuver and the ability to act immediately, "he said. Meanwhile, Poland's foreign minister said Russia would remain a threat to peace in Europe even after any ceasefire in Ukraine.