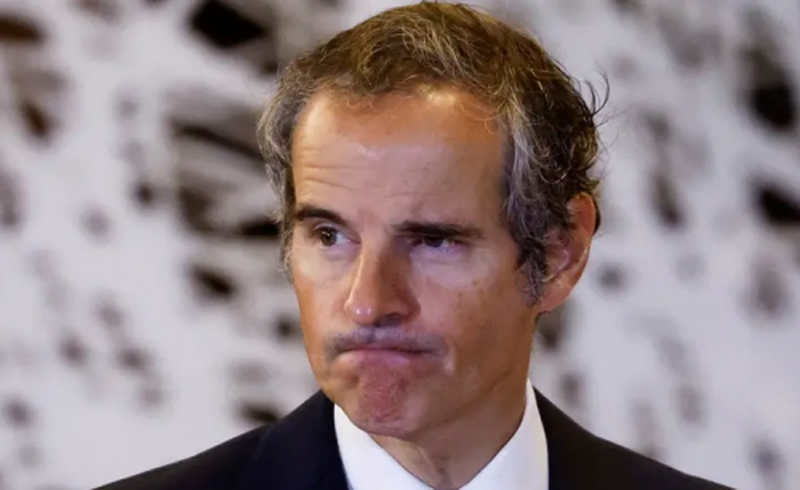 Ukrainian officials have announced that Russian forces bombed the area around Europe's largest nuclear power plant for the second day. The attack came hours after the head of the UN atomic safety agency warned of "potentially catastrophic consequences".

Russian shells fell near the Zaporizhzhia nuclear power plant on Saturday evening, injuring a worker, the operator of the facility.

The attacks show "the real risk of a nuclear disaster that could threaten public health and the environment in Ukraine and beyond," Rafael Grossi, director general of the International Atomic Energy Agency, said on Saturday.

Military action around Zaporizhzhia, which Russia occupied in March but is still operated by Ukrainian workers, "is completely unacceptable and must be avoided at all costs," Grossi said. "This has to stop and it has to stop now."

All seven pillars of "essential nuclear safety and security have been violated since the start of the Russian invasion in February," he said.

Ukrainian President Volodymyr Zelenskyy said on Friday that Russian troops had fired twice at the power plant and called for sanctions against Russia's nuclear industry.

Since then, "we have a significant deterioration of the situation around the Zaporizhzhia NPP," he said Saturday night in a video address. "Russian terrorists have become the first in the world to use a nuclear power plant for terror." On Sunday, Zelenskyy tweeted that he would discuss the situation with European Council President Charles Michel.

"I can't tell you anything about Russia's attack on this plant because it didn't happen," Dmitry Polyanskiy, Russia's deputy permanent representative to the UN, told Times Radio on Sunday. "I can tell you a lot about the Ukrainian attack on this factory, which is the truth."