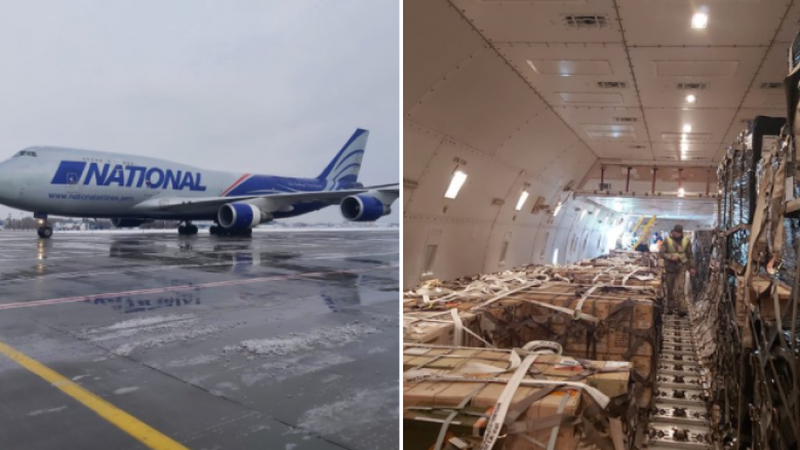 The United States has sent another contingent of various munitions to Ukraine. This was announced by the Ukrainian Minister of Defense, Alexey Reznikov, who thanked the American state.

"The fourth aircraft has now brought 81 tons of ammunition of various calibers to Ukraine. "Next week we expect new US aircraft with military-technical assistance to strengthen Ukraine's defense capabilities," Reznikov wrote on Twitter.

This time the 4th bird delivered 81 tons of ammunition of various calibers to Ukraine. Next week we are waiting next ???????? planes with military-technical assistance to strengthen ???????? defense capabilities! ???????????????????? @WhiteHouse @congressdotgov @USEmbassyKyiv @UKRintheUSA @DeptofDefense pic.twitter.com/FkUqJGzXFm

According to media reports, the United States plans to send $ 200 million in military aid to Ukraine, which includes ammunition, anti-tank weapons and rifles.

We note that Russia has so far sent over 100 thousand military troops to the border with the Ukrainian state. Washington has warned that official Moscow will invade Ukraine in the middle of next month. The United States and its Western allies have said they will give a strong response in the event of a Russian attack on Ukraine.