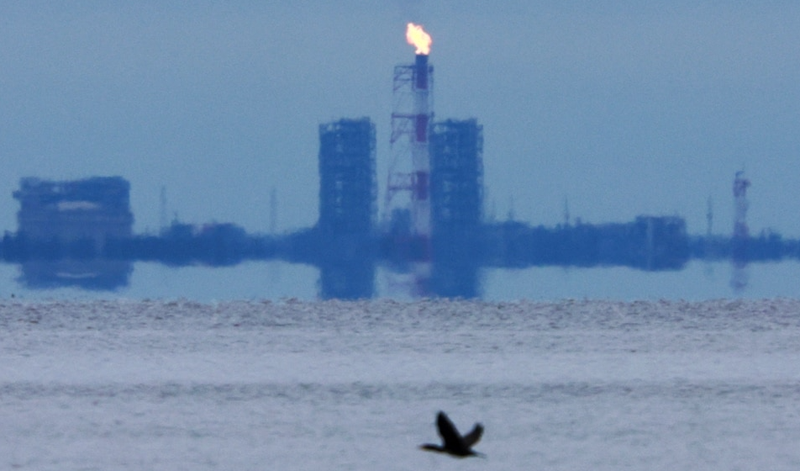 Sweden and Denmark are investigating leaks in two Russian gas pipelines that run under the Baltic Sea, and the company that operates the pipelines said the leaks are "unprecedented".

Sweden on September 27 issued a warning indicating that two leaks had been discovered in the Nord Stream 1 pipeline, shortly after another leak was discovered near the Nord Stream 2 pipeline, prompting neighboring Denmark to ban shipping in a perimeter of more than 9 kilometers.

Moscow had cut gas supplies to Europe through Nord Stream 1 before suspending deliveries altogether in August, under claims that Western sanctions had caused technical obstacles.

The new pipeline, Nord Stream 2, was recently completed, but Germany abandoned plans to make the pipeline operational just days before Russia launched its invasion of Ukraine in February.

However, both pipelines contain gas.

Nord Stream AG, which operates the pipelines, said on September 27 that three underwater lines of the Nord Stream gas system had suffered "unprecedented" damage in one day. This company added that it is impossible to say whether the ability to operate the gas network system will be able to be repaired.

"The destruction that occurred in one day in three underwater lines of the gas pipeline is unprecedented. It is still not possible to know how long it will take to repair the gas transport infrastructure", said the company Nord Stream AG.

The Baltic Pipeline, a pipeline carrying Norwegian gas to Poland with an annual capacity of 10 billion cubic meters per day, is expected to be inaugurated later on September 27./REL/