Vaccination campaign in Europe and aid to the Balkans 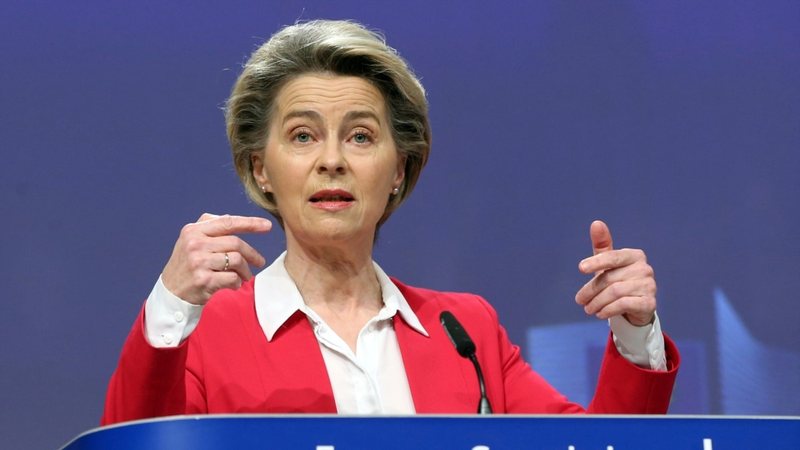 Following a slow start to the vaccination campaign, the EU has accelerated the pace of immunization as vaccine supplies to the 27-member bloc have increased in recent weeks.

"Vaccination has accelerated in the European Union. "We have exceeded the figure of 150 million vaccinations", wrote on the social network Twitter Mrs. Ursula von der Leyen. "A quarter of Europeans have taken the first dose. "We will have enough doses to vaccinate 70% of adults in the EU by July."

The European Union has begun distributing EU-funded coronavirus vaccines across the Balkans, where China and Russia have been supplying much-needed vaccines to the region for months.

The European Commission announced last month that 651,000 doses of the Pfizer vaccine would be shipped to Serbia, Bosnia, northern Macedonia, Montenegro, Albania and Kosovo. Deliveries will be weekly from May to August.

The vaccines are funded by a 70m-euro package, which was approved by the Commission in December. Most Balkan countries have failed to provide vaccines, with the exception of Serbia, which has launched a successful vaccination campaign, mainly due to large deliveries of Chinese Sinophram vaccine and Russian Sputnik V./voa vaccine.

Western Balkans, the bad old map game / As long as the heads of government roll the dice for territories, all concrete problems are postponed indefinitely

The unspoken words of Bill Gates' sensational divorce are revealed, what is the move that Melinda made two years ago

Passers-by are horrified by the images that are making the rounds of the media, men are fighting with choppers in the middle of the street. Immediate decision is made

Farewell covid-19 / This is the state that lifts the state of emergency, 'crazy' citizens flock to the streets celebrating!

The doctor who treated Navalny mysteriously disappears, what could have happened to him? The Ministry of Internal Affairs of Russia reacts

Shocks the 50-year-old British woman, tells how the aliens kidnapped her: I have evidence and facts! (PHOTO)