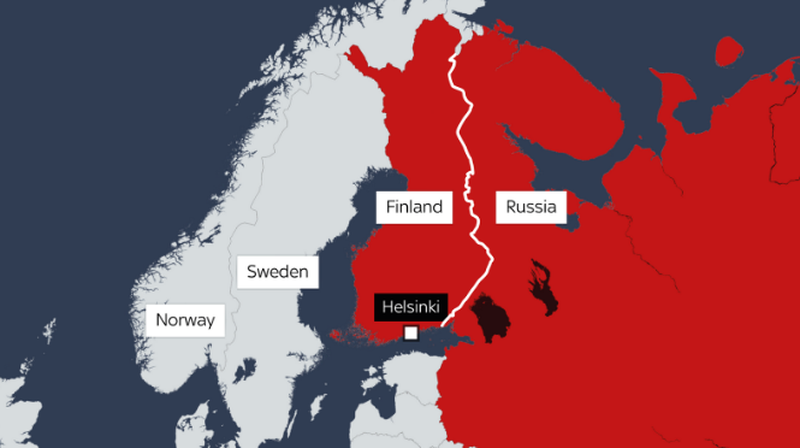 President Vladimir Putin has stated that Russia will respond in kind if NATO deploys troops and military infrastructure in Finland and Sweden after they join the US-led alliance. After this statement by the Tsar, the situation in Sweden and Finland is alarming. . Residents of both countries are preparing for war, buying fuel and food reserves. Scary warnings have also come from the dean of the Faculty of Social Sciences at the University of Copenhagen and a researcher on security in the Nordic and Baltic regions, Mikkel Vedby Rasmussen, who says: "For Vladimir Putin to launch a military action against a country in the region nordic is absolutely not to be excluded". With the departure of Vladimir Putin's ally, Kiev authorities are concerned by news of a growing call-up of Belarusian conscripts, in an undeclared military mobilization that is raising fears of a possible entry of Belarus into the war. "The hypothesis of a direct entry into the war of Belarus will increase in relation to Russian successes," said Ukrainian Foreign Minister Dmytro Kuleba. As for Sweden, the biggest threat may be on Gotland, a 125-kilometer-long island that lies 90 kilometers from the coast. The researcher at the Swedish Institute of Foreign Policy, Gunilla Herolf, points out that if Russia wanted to conquer the Baltic countries, it would need Gotland because of its geographical location. "This is why Sweden has in the past allowed NATO to conduct exercises on the island, including missile systems," she said. NATO has been put on alert like never before. The alliance will deploy permanent soldiers in the East, which will go up to 300 thousand troops.

TRAGIC/ The well-known mayor of this state is killed, the police arrest his wife, the main suspect for the serious incident (Name+Photo)

Scientists make the scary warning: Temperatures will go up to 52 degrees Celsius, here are the countries that will hit

Video/ They were surfing in the waters of Venice, two tourists get hurt badly, the mayor comes out with an urgent message

Bad weather and terrible storms make a name for themselves in Austria, 5 people lose their lives

The weather in Italy is 'crazy', two dead and three injured

The increase in the price of electricity, Germany takes the immediate decision

Russian threats/ Zelensky appeals to the UN: You must guarantee safety at the Zaporizhzhia power plant

Russia makes a scary warning: This is when we will use nuclear weapons

Serious/ The boyfriend tried to rape his daughter, the woman cuts his genitals