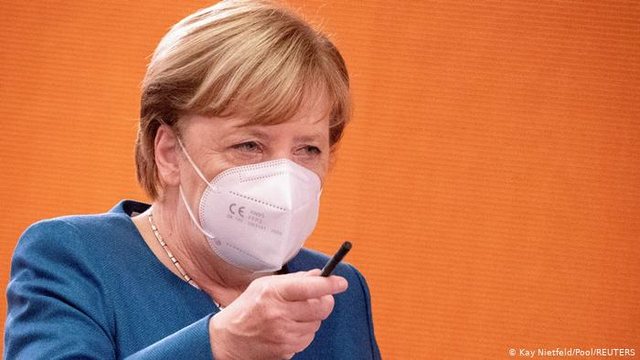 The German federal government and the state governments want to control the rapidly growing Covid-19 infection figures by imposing massive contact restrictions throughout November. According to the ARD and the German news agency dpa in video consultations between Chancellor Angela Merkel (CDU) and the prime ministers of the federal states, new massive restrictions on daily life will come to citizens from next Monday, November 2nd.

After two weeks - around November 11 - the chancellor and the heads of government of the states want to discuss again, evaluate the objectives achieved through the measures and make the necessary adjustments.

Merkel's videoconference with the prime ministers of the states is currently discussing and setting specific contact restrictions. The goal is to curb the massively increased number of infections by Christmas.

According to the participants, activities that serve entertainment and leisure will be significantly banned. Theaters, opera houses and concert halls should be closed by the end of the month. According to dpa, the restrictions also affect leisure and amateur sports; individual sports are expected to be excluded. Professional sports in November should take place without spectators. This also applies to the Bundesliga football.

Shared public stay is allowed only to members of one's own family and another family, with a maximum of ten persons. Violations of these contact restrictions will be punished by regulatory authorities.

According to dpa, the prime ministers of the states showed from the top the will to take the necessary decisions. Some, such as Berlin Mayor Michael Müller (SPD), who is currently chairing the Conference of Prime Ministers, stressed that he and his colleagues would like the German government to provide support for a decision. Participants were told that a consensus had already been reached on many points in the preliminary internal discussion of the lands.

The Prime Minister of the state of Mecklenburg-Western Pomerania Manuela Schwesig asked for understanding in the state parliament in Schwerin for tougher measures to curb the Corona virus. Without further precautions, Mecklenburg-Western Pomerania would reach the critical level of 50 new infections per 100,000 inhabitants within seven days, the latest in two weeks, the SPD politician said.

Assistance is planned for small businesses

Under the plans of Finance Minister Olaf Scholz (SPD) and Economy Minister Peter Altmaier (CDU), enterprises particularly affected by the new Coronas rules, the federation could make up for much of the lost turnover. Scholz said the cost for this could be seven to ten billion euros, in four weeks.

More specifically, small businesses can be reimbursed up to 75 percent of lost turnover, larger businesses up to 70 percent. The orientation measure will be the turnover of the same month of the previous year, ie. initially from November 2019. According to information from the newspaper "Handelsblatt", payments already made, such as subsidies for the transitional period or allowances for part-time work must be deducted from emergency aid. These are mainly businesses in the hotel or tourism sector.

It is envisaged that the Bundestag will be more strongly involved in the decisions. As representatives of Bundestag parliamentary groups called for parliament to be involved in discussions on future new restrictions, the demand for a Bundestag resolution on a new closure is being heard louder by the states as well.