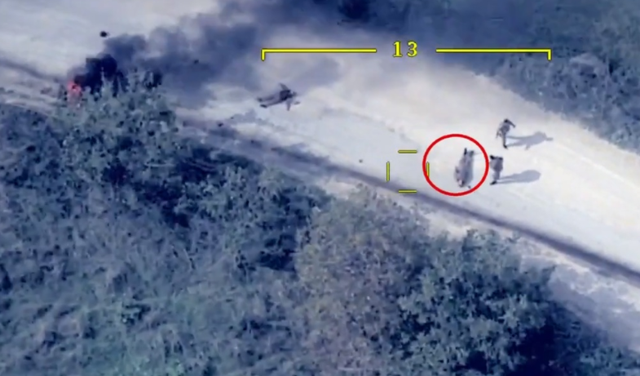 Azerbaijan has published images of the moment when a drone commanded by them shot at the car where the Minister of Defense of the Armenian separatist region of Artsakh was traveling.

It is about the Nagorno-Karabakh region, in which the Armenians have established a republic called Artsakh, which is currently fighting with the Azeri forces for control of the area that is internationally recognized as a territorial part of Azerbaijan.

Jalal Harutyunyan's car was shot while traveling to the front by the Azerbaijani drone, which from the images seems to be in control of the whole situation.

After firing the rocket, three bodies appear lying on the ground. The Azeris claim to have killed the head of the Armenian army in Azerbaijan, while the Armenians claim that he was wounded and is in hospital.