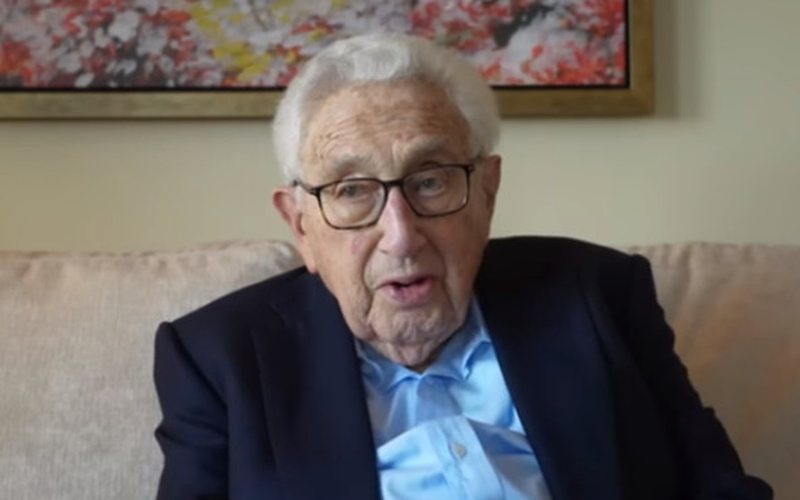 Henry Kissinger speaks at the Council on Foreign Relations in New York: "Russia has lost the war, now we must prevent its nuclear escalation. We can defeat it even in that scenario, but the nature of international relations and the entire world system would be concerned, diplomacy must return to action". Federico Rampini in his article in Corriere della Sera, in which he reports the speech of the former US Secretary of State, points out that "at the age of 99, his wisdom and insight are called to demand an answer to Vladimir Putin's threats, namely the use of tactical nuclear weapons in Ukraine".

"From the beginning of the aggression against Ukraine," Kissinger emphasizes, "a Russian victory had to be avoided. All the more we must avoid that it seeks nuclear retaliation. We cannot allow the use of nuclear weapons to become conventional, but we must to be normalized. Not only for what would be the extraordinary immediate result, but for the consequences for the interpretation and legitimization of power by those who wield them. Russia must not be allowed to achieve the result with nuclear weapons that it has not been able to achieve until now". Kissinger then explains how NATO should respond if Putin has indeed used the atomic bomb. A topic, Rampini writes, "on which there have recently been communications between American and Moscow military leaders." NATO, according to Kissinger", must react as long as possible with conventional weapons. Russia will emerge as a weaker nation than before."

Kissinger, however, insists on the importance of diplomacy: "A dialogue, even if only exploratory, is essential in this nuclear atmosphere. It is not important whether we like Putin or not. Once the nuclear weapon goes into action, the world system will suffered a distortion of historical significance. We should not tie diplomatic action to the personality of those we are dealing with. It is up to us to conceive a dialogue that preserves our security but returns us to the spirit of coexistence. The overthrow of the opposing leader should not appears as a prerequisite". The question is "if peace with it is possible. And this must be faced in a broader framework: the long-term future in relations between Russia and Europe, between Russia and the West. Will a Russia that is more aware of its limitations want to be part of Europe or will it choose Asia? We need to establish a dialogue about this".