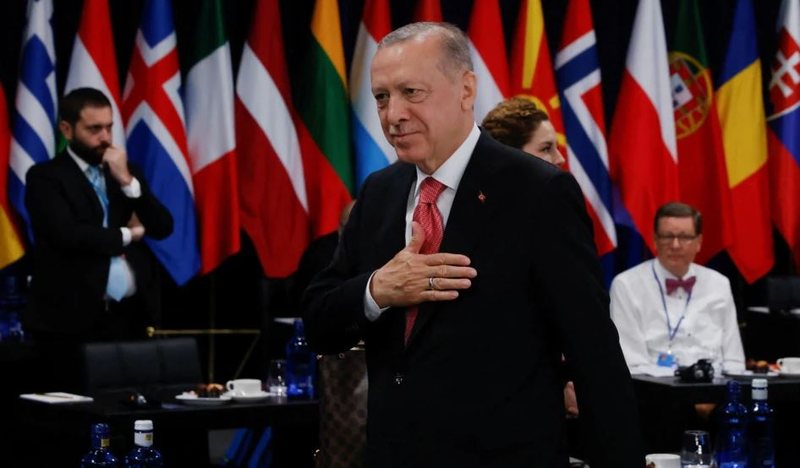 Erdogan calls on Sweden and Finland to fulfill promises of NATO deal just two days after agreeing to lift veto on Sweden, Finland's NATO membership, Turkish leader warned on Thursday that Ankara could still block the process if the two countries fail to fully meet his expectations.

Turkish President Recep Tayyip Erdogan has urged Sweden and Finland to abide by the agreement they signed with Ankara in order to gain its support for their NATO membership, saying the agreement must be fully implemented, otherwise ratification of membership requirements will not to be sent to the Turkish parliament.

"We have strongly emphasized the message that we expect real solidarity from our allies, not only in words but also in deeds," Erdogan told reporters at the NATO summit, at which the Nordic countries were formally invited to join US-led military bloc.

He cited Stockholm's commitment to extradite 73 "terrorists" as part of promises made to Ankara, and described the signing of the tripartite agreement as a recognition of his government's sensitivity to "terrorism" and a "diplomatic victory" for Turkey.

During the press conference in Madrid after the NATO Summit, Erdogan said that the two Nordic countries should complete the legislative changes regarding terrorists as soon as possible.

"The main thing is that the promises are fulfilled. "In the coming period, we will monitor the implementation of the elements in the memorandum and take our steps accordingly," Erdogan said.

Two days ago, the three countries signed a joint memorandum to expand their full support against security threats during the NATO Summit.

Finland and Sweden announced their intention to join the military alliance in May, in response to the Russian invasion of Ukraine.