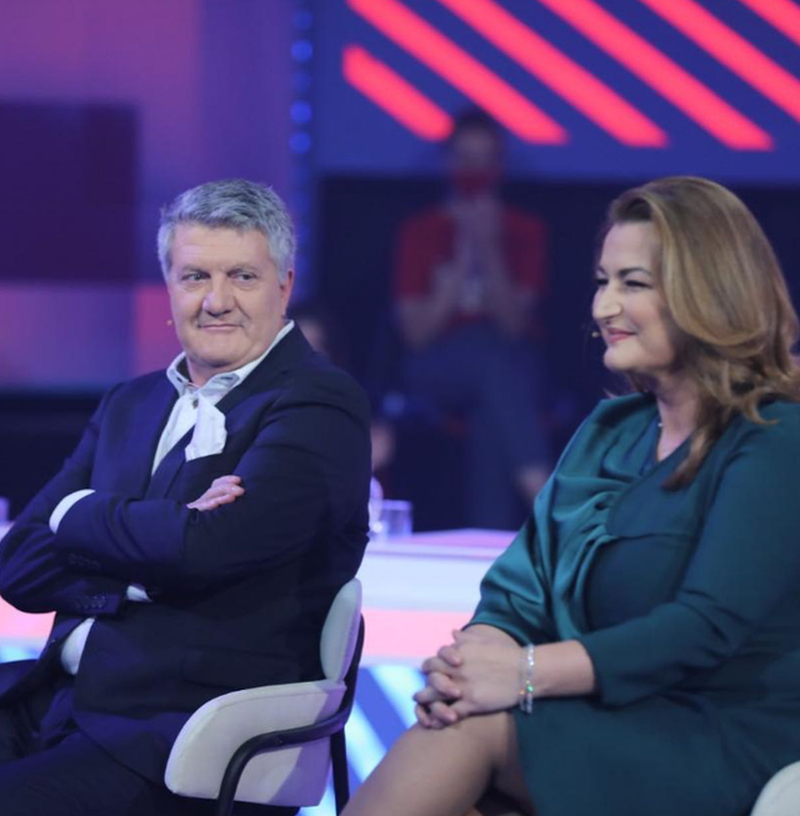 Well-known journalist, Milaim Zeka, was today invited to "Goca dhe Gra" where he commented on some messages that followers have sent to the address of the show.

"Why do men remember getting married after they get married?", Was one of the messages that someone sent on the show.

According to journalist Zeka, in both Albania and Kosovo, people as intellectual elites are those people who consider and treat their wives exactly as if they were a used car, a 100 percent property of theirs.

Zeka said that he is one of the rare people that in every meeting, any kind of meeting, he always takes his wife with him.

"People as intellectual elites treat women like 'I always have my wife with me, she is 40 percent more intellectual than me.' I also take my 5-year-old daughter with me, and the internationals are surprised that Albanian politicians come to meetings without women ", said Zeka.

The latter said that he has seen dozens and dozens of different situations with politicians, who have slightly overdosed on alcohol.

"A very big politician was thrown into the pool with clothes, and I have seen many, many other behaviors," said Zeka.

While talking about infidelity, the journalist said that "I do not have a friend I know who does not betray his wife".