"It was 2 o'clock in the morning, they gave us rusty weapons and..."/ The Russian paratrooper recounts the horror when the war started: That's when we realized that the invasion had begun 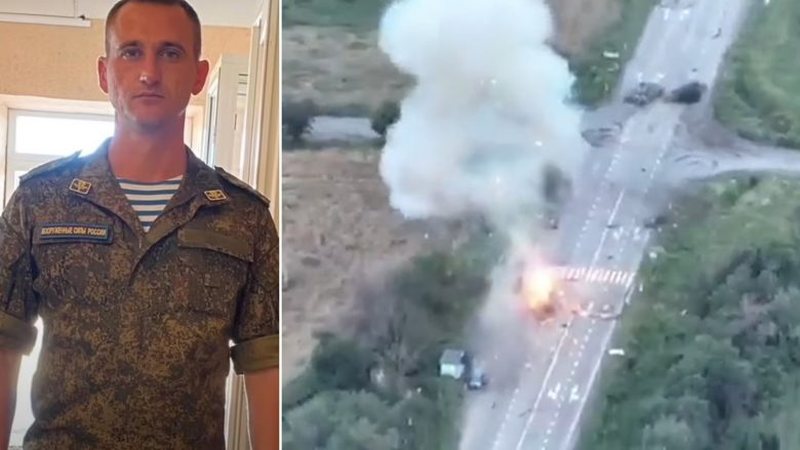 A Russian army paratrooper has revealed details of his experience in Ukraine when they learned the war had begun. Pavel Filatiev, 33, says his elite unit left the border with Ukraine after learning of the invasion plan in the world media. They had been sent there without being warned that they would face "enemy" forces.

He highlighted how soldiers were given rusty automatic rifles, ill-fitting and outdated uniforms - while his fellow soldiers were "washed off the face of the earth" using the war tactics of their grandfathers.

Filatiev admitted that he was awakened by the sound of gunshots in the truck trailer while they were crossing the border at two o'clock in the morning on February 24, when the invasion of Ukraine began.

It was only when Ukrainian soldiers began to pile on Russian military equipment that Filatiev said he realized they had begun an invasion of the neighboring country.

"It was already clear that we had attacked Ukraine," he added.

In his latest book, Filatiev talked about the old uniforms and even Russian army doctors who did not have syringes and painkillers.

He did not hesitate to talk about how Russian commanders use "the tactics of their grandfathers" on the battlefield, combat tactics that are no longer used anywhere else in the world, as they are considered ineffective and outdated.

"We had no moral right to attack another country - especially people who are close to us. When it all started, I knew some people who believed in Nazism and wanted to fight against the Ukrainians. Most of the Russian soldiers are unhappy with what is happening there. We have never had hatred for Ukrainians and we have never considered them as enemies. The soldiers are dissatisfied with the commanders, Putin and his policies", the Russian soldier said among other things.