We are at the end of October! Scientists are shocked by what they see from the Arctic ice 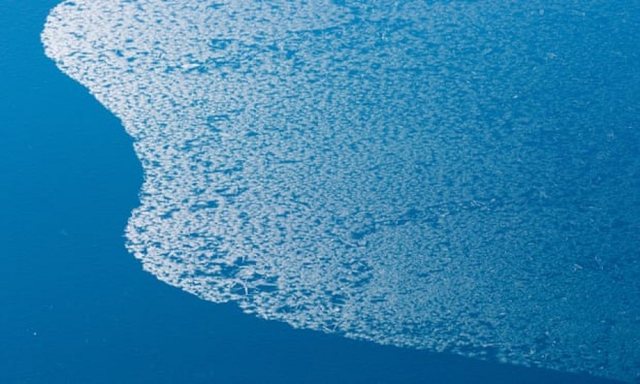 For the first time since recordings began, ice in the Arctic Sea in Siberia has not begun to freeze in late October.

The delayed annual freezing in the Laptev Sea has been caused by prolonged sea warming in northern Russia and the interference of Atlantic waters, say scientists who warn of possible effects across the polar region.

Ocean temperature this year rose to a record level, 5C above average, after a record heat wave and the extreme fall of sea ice last winter.

Graphs of the stretching of sea ice in the Laptev Sea, seem to have a flat line. As a result, there is a record amount of offshore in the Arctic.

"The lack of freezing this fall is unprecedented in the Siberian Arctic region," said Zachary Labe, a researcher at Colorado State University. He says this is in line with the expected impact of climate change.

The downward trend is likely to continue until the Arctic has its first ice-free summer, Meier said. Data and models suggest that this will happen between 2030 and 2050. 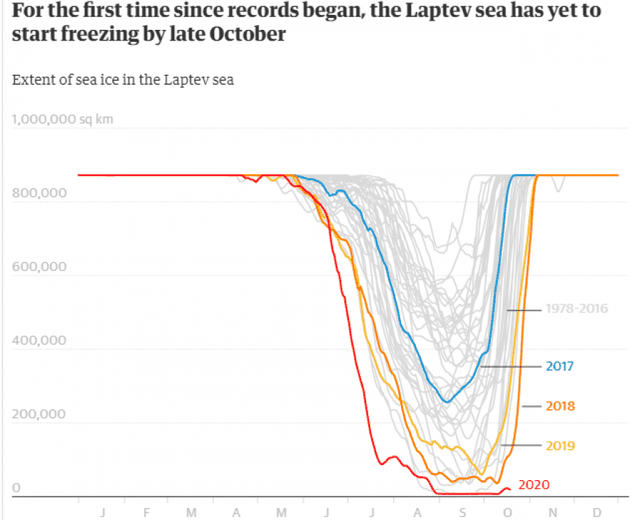