"We are fed up with the violation of our tolerance"! Braverman for immigrants: We will change the law 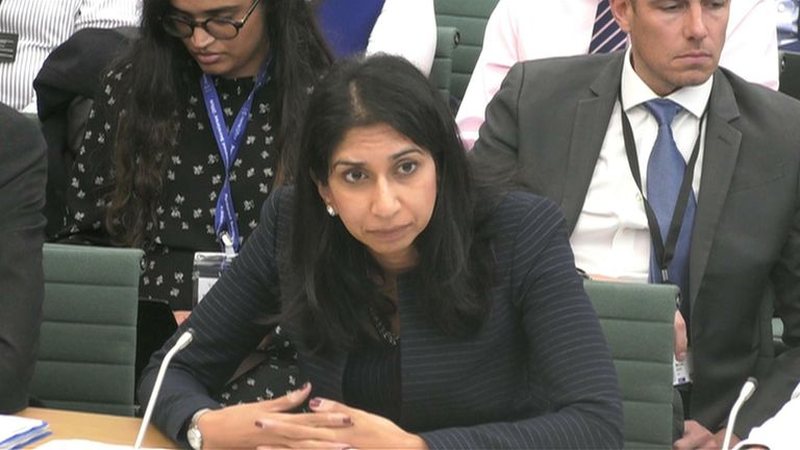 "We are finalizing our plan," she said without specifics in her foreword to a Center for Policy Studies (CPS) report that proposes the "indefinite detention" of all asylum seekers who enter the country illegally, she said.

It also calls for illegal migrants to be banned from settling in Britain and calls for changes to human rights laws to allow detention and removal, including "withdrawing Britain from the European Convention on Human Rights" if it is required.

The report, authored by former Joint Downing Street chief of staff Nick Timothy, says the Modern Slavery Act should be strengthened and there should be a legal cap of 20,000 a year on the number of people coming to Britain through resettlement routes .

Current UK laws allow foreigners to claim the right to live if they are victims of exploitation or trafficking.

Baverman said "fair-minded and tolerant" and "generous" Britons were "fed up with the constant flouting" of the country's immigration rules "to game our asylum system".

"We have had enough of the continued abuse of human rights laws to prevent the removal of those who have no right to be in the UK," the hardline Tory said, adding "this has to end", she added.

The war in Ukraine/Japan deals a strong blow to Moscow, here is the drastic decision it has taken for the Russian oligarchs

ATTENTION, serious scenes/ Terrorist attack inside the Embassy, ??one dead and two injured. The terrible moment when the person with the Kalashnikov shoots the personnel is published (VIDEO)

Prestigious media makes the scary warning: Putin is preparing a new attack on Ukraine, here are the plans he has for the West

"I will blow you up Orthodox Christians"/ The alarm is raised in Greece, bomb threats at airports and hospitals, the authorities immediately move