Joe Biden accuses him of surrendering to the virus, here is how Donald Trump responds 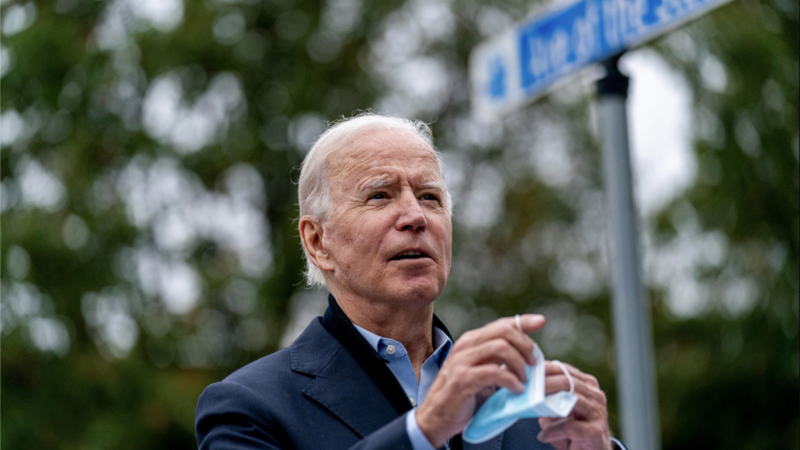 Democrat challenger Joe Biden is accusing the president of surrendering to the coronavirus, as President Donald Trump retaliates during rival activities in a state that is expected to be decisive in the election.

"Donald Trump is the worst possible president, the worst person who can lead us into this pandemic," Mr. Biden said in Chester, Pennsylvania, during an election rally Monday afternoon.

Hours later, President Trump called his opponent in the Nov. 3 election "a pathetic candidate" and denied that his administration had raised the "white flag of surrender" in the fight against the coronavirus, as Mr. Biden claims.

Speaking to reporters at the Allentown airport runway ahead of the first of three rallies in Pennsylvania, President Trump said Mr. Biden "is waving the white flag in the face of life. He has to get out of his basement. He does not is leaving his basement. "

Mr. Biden held two car rallies in Pennsylvania, following the instructions for physical distancing, and said he would participate in similar activities in the coming days in states such as Iowa, Wisconsin, Georgia and Florida.

The former vice president also criticized President Trump for denying the growing number of COVID-19 cases in the United States and for claiming the curve is flattening, while noting that the president suggested doctors are inflating the figures as they want to win more.

On Sunday, White House Chief of Staff Mark Meadows told CNN that the United States "will not bring the coronavirus pandemic under control," defending the President Trump administration's decision to hold rallies, where the use of mask is rare as well as for other activities despite increasing cases with COVID-19.

Mr Meadows said: "We will bring vaccines, therapies and other measures under control, as this is a contagious virus - just like the flu."

"It did not escape Mr. Meadows; it was a sincere acknowledgment of President Trump's strategy since the beginning of this crisis: raising the white flag of surrender and hoping that by ignoring it, the virus will simply go away. It has not gone away and "he will not leave," said a statement issued by Mr Biden on Sunday.

President Trump "will not give up until all Americans are safe and we have defeated the virus," Mr Meadows told reporters Monday, adding that his comments the day before should be taken in full context and that a therapeutic drug and a vaccine will be effective.

Despite close contacts with Mr Short and other infected people, Vice President Pence said he plans to continue with his agenda, calling his work "essential".

Vice President Pence spoke Monday afternoon about hundreds of people gathered outside in sub-zero temperatures at an airport in the Iron Range region of Minnesota. On Tuesday he runs activities in North Carolina and South Carolina.

Democrat leaders in the Senate wrote a letter to Vice President Pence stating that his participation would "be a clear violation of the guidelines of the Centers for Disease Control and Prevention (CDC) and a violation of etiquette and respect."

The United States has reported more cases of COVID-19 than any other country - over 8.6 million infected and 225,000 deaths from coronavirus./VOA