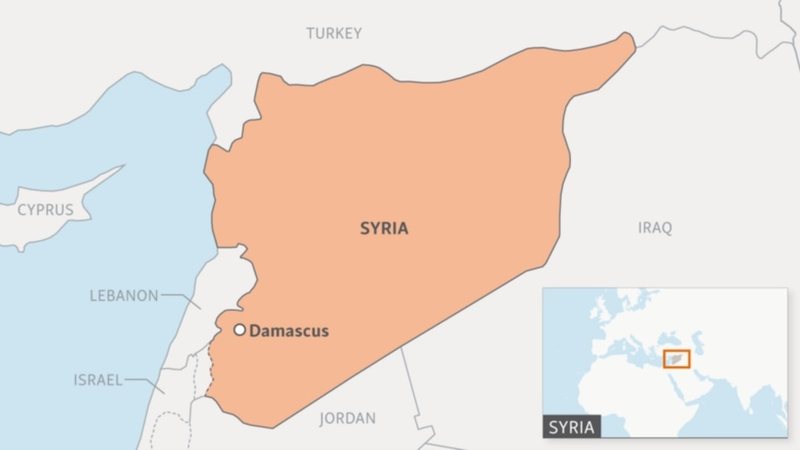 An Iraqi militia official said Friday that the U.S. airstrikes in Syria targeted targets belonging to an Iranian-backed Iraqi militant group, killing one of their militias and wounding several others. The Pentagon said the attack was in response to a missile strike in Iraq earlier this month that killed a civilian contractor and wounded a U.S. military service member and members of other coalition forces.

An Iraqi police official told the Associated Press that an area along the Syrian-Iraqi border was hit during the US-led offensive against Kataeb Hezbollah, or Hezbollah Brigades. ("Kataeb Hezbollah" is an Iraqi Shiite paramilitary group, part of the People's Mobilization Forces supported by Iran).

The official spoke on condition of anonymity as he was not authorized. Groups overseeing the fighting in Syria said trucks with weapons had been hit during the airstrike as they headed towards an Iran-backed militia base in Boukamal.

"I'm sure about the target we targeted, we know what we hit," Secretary of Defense Lloyd Austin told reporters traveling with him from California to Washington, shortly after the airstrike, which took place Thursday night.

The attack is the first military action by Mr Biden's administration, which in its early weeks has emphasized its intention to focus more on the challenges posed by China, even though threats in the Middle East continue. Mr. Biden's decision to attack Syria does not seem to signal the intention to expand US military involvement in the region, but rather to demonstrate a willingness to protect US troops in Iraq.

The United States has in the past targeted targets in Syria belonging to Kataeb Hezbollah, which it has blamed for numerous attacks on US personnel and interests in Iraq. Iraqi "Kataebi" is separated from the Lebanese movement "Hezbollah" ./ VOA