The second quarantine from Monday / Bars, restaurants, gyms are closed, what happened in the Bundestag today is revealed, while Merkel presented the harsh measures, from screams, screams to ... 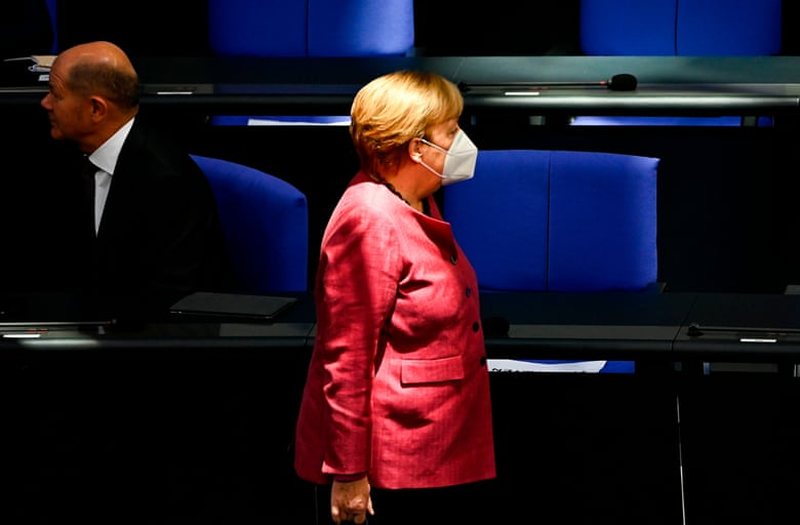 Chancellor Angela Merkel faced outcry and a host of questions in the German Bundestag this morning as she announced the government's plans for a second "softer" blockade, reports The Guardian.

From Monday, bars, restaurants, theaters, swimming pools and gyms will be closed for a month, and public events will be limited to a maximum of two families or gatherings of up to ten people.

For trips that are unnecessary the call is to avoid them and hotels are advised not to wait for tourists.

However, schools, nurseries and shops will remain open.

Merkel said Thursday morning that Germany was in a "dramatic situation" as the country enters the winter season.

According to the Chancellor, "populists who claim that the coronavirus is harmless are dangerous and irresponsible."

"Lies and misinformation, conspiracy theories and hatred harm not only the democratic debate but also the fight against the virus," she said, adding that it endangers people's lives.

"Winter will be difficult," she said. "Four months long, difficult. "But it will end."

With the increase in the number of Covid-19 patients in intensive care, which has doubled in the last ten days, the chancellor said, hospitals will be overcrowded "within a few weeks" unless further steps are taken to curb the spread of the virus.

But the decision to block the new one has faced strong opposition especially from the gastronomy sectors.

Despite guarantees for further state subsidies, restaurants, bars and hotels will be hit hard by the second closure.

There is little evidence to suggest that restaurants and bars where customers wear masks have boosted the rise of infections recently.

The far right AfD and FDP led the opposition to the new measures in the Bundestag.

"We consider the paralysis of the culture and gastronomy sector, practically the whole free life of our citizens, as excessive and inappropriate," said AfD co-chair Alexander Gauland.

Neither Gauland nor FDP leader Christian Lindner offered concrete proposals for an alternative plan, such as closing schools.

Germany's disease control agency on Thursday set a new record with 16,774 new infections in the last 24 hours, although for now the infection rate in Germany is still significantly lower than in neighboring countries like France or Belgium.