Kiev enjoys ceasefire, see what happened today in Ukraine, published images that are rapidly spreading around the world (VIDEO) 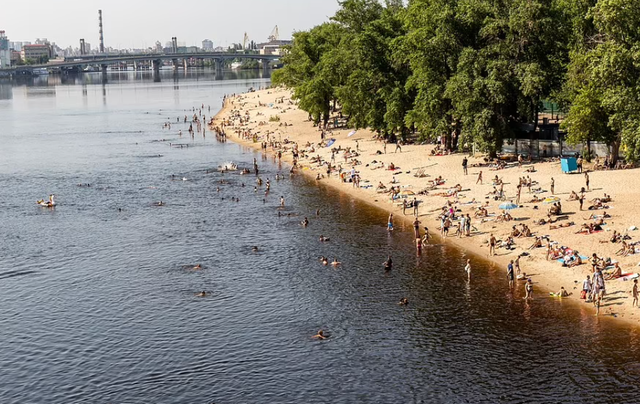 Despite the fact that Russian attacks in eastern Ukraine continue with high intensity, high temperatures have forced many citizens to head to the sea.

Residents of Kiev, after the withdrawal of Russian forces from the capital seem to be returning to normal life, as they rest and receive sunlight near the banks of a river.

Ukrainians have been seen flocking to the beaches off the Dnieper, sights that seemed unimaginable a few weeks ago.

"Photos from the banks of the Dnieper River flowing through Kiev showed people sitting in the sun, swimming in the water and playing volleyball," writes the Daily Mail. 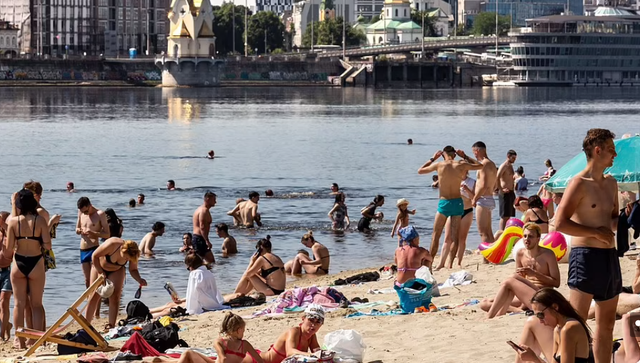 Earlier this year, the same area of ??the city was gripped by smoke rising from Russian army bombardment, while local military troops were trying to keep the occupier out of the center of the capital.

At that time, snow covered most of the city. Now, summer weather has coincided with relative peace as Vladimir Putin's armies withdrew from the capital and settled in eastern Ukraine.

But the feeling of anxiety continues to be present, as men from the capital continue to be called to the front lines of the war, where about 100 Ukrainian soldiers are dying in combat every day and Russian aggression is still great.