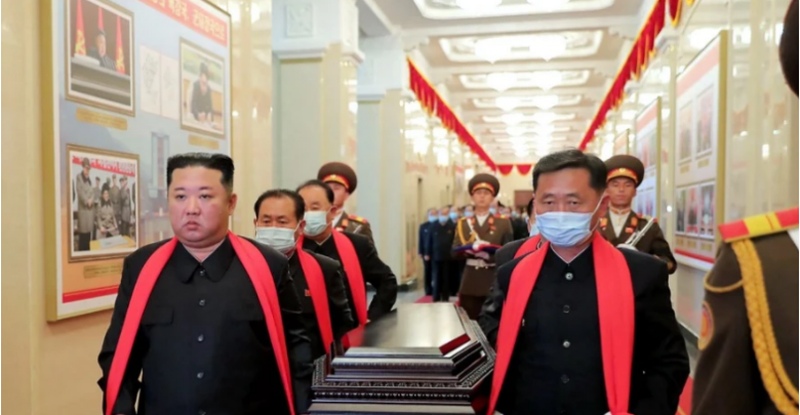 Kim Jong Un has lost the most important person, while his country is struggling with the first officially confirmed outbreak of the COVID-19 pandemic.

The North Korean leader attended the funeral, which the Guardian calls his "mentor," at a time when Pyongyang's official announcements point to a reduction in "fever cases" in the country.

In the published photos, Kim Jong Un bids farewell to Hyun Chol-hae at the unmasked funeral, unlike other officials.

Hion Chol-hae, according to the British newspaper, was a general in the Korean People's Army who is believed to have played a key role in preparing Kim Jong Un to take the throne before the death of his father, Kim Jong Il, at the end of year 2011.

The importance of this person to the North Korean leader is seen by the official tone of the ceremony, but also by his decision to be one of the persons who would raise the coffin of the official.

The KCNA news agency reported that "many soldiers" and civilians took to the streets to express their grief as the coffin was transported to the cemetery.

Kim Jong Un said at the funeral that "the name of Hion Chol-hae will be remembered" along with the revered name of his father, Kim Jong Il.

Last week, the North Korean leader failed to hold back tears at a ceremony in Snow's honor.