Strong contrast to Trump's "America First" doctrine, which is the US vision Biden will present to the world at its first UN appearance 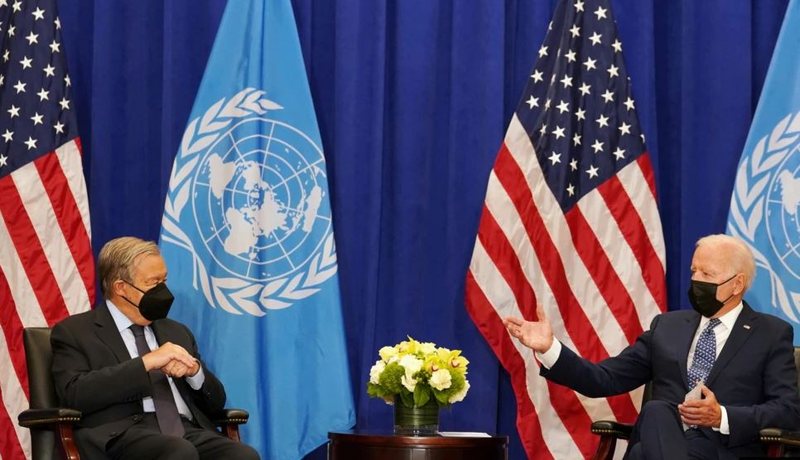 In his first appearance as President of the United States before the United Nations General Assembly on Tuesday, Joe Biden will unveil his multilateralist, diplomacy-focused worldview.

"This was an important week for President Biden and his leadership role on the world stage," a senior administration official told reporters Monday, referring to what he described as a "critical priority for America's national security and peace." the prosperity of the whole world ”.

This attitude is in stark contrast to the "First America" ??doctrine supported by his former predecessor, Donald Trump.

The annual UN Summit is an opportunity for the 193-member organization to discuss challenges of regional and global importance.

President Biden left for New York on Monday evening for a face-to-face meeting with about 100 heads of state at UN headquarters.

After his speech on Tuesday, he has a meeting in New York with Australian Prime Minister Scott Morrison and later in the day will wait for talks at the White House British Prime Minister Boris Johnson.

Last week the three countries announced a security pact that will provide Australia with US technology for building nuclear submarines as well as British maritime expertise. The agreement aims to help Australia combat threats in the Indo-Pacific region. Analysts widely see the move as an attempt to counter China's growing influence in the region.

At the United Nations, President Biden will also speak about the decision that has sparked debate, the withdrawal of troops from Afghanistan. Mr Biden says the decision is part of his administration 's philosophy to focus on the real adversary: ??China. On Sunday, UN Secretary-General Antonio Guterres called on the United States and China to refrain from what he said could be a possible Cold War. He called on the two countries to regulate their relationship as "completely dysfunctional" as he described them.

"I would not agree with this characterization of the relationship," White House Press Secretary Jen Psaki said Monday, adding that President Biden and his Chinese counterpart had a 90-minute conversation last week that was "honest, but certainly not where it should be.

"The speech will focus on the proposal that we close the chapter of 20 years of war and open a chapter of intensive diplomacy by bringing together allies, partners and institutions to face key challenges such as: COVID-19, climate change, development "Technology, those related to trade and the economy, investments in clean infrastructure free from the effects of corruption, a modern approach to counter-terrorism and strong competition between the great powers, but not a new Cold War," he said. VOA