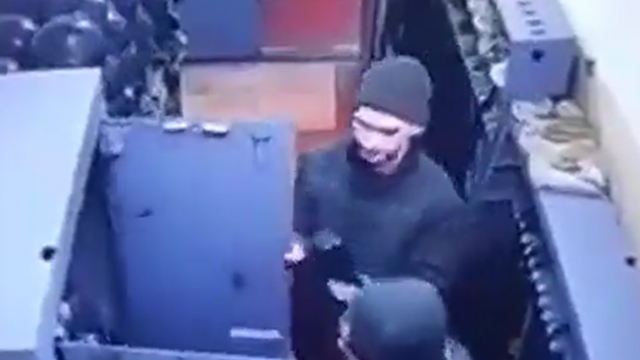 A video circulating on social media allegedly shows the moment when a member of the National Guard of Ukraine fires a Kalashnikov at his colleagues at an ammunition factory in Dnepr.

As a result of this bloody attack, five soldiers lost their lives and several others were injured, while the perpetrator who had fled quickly a few minutes later was arrested by the police.

The motive for the attack inside the ammunition factory is not yet known, but the killings came at a time when tensions have risen between Ukraine and Russia, which is threatening war.

In the published video, which is allegedly taken by security cameras, soldier Artem Rabchuk appears shooting five soldiers to death. So far the authenticity of the video has not been confirmed by the security authorities.

At one point he even changes the caricature to continue his "fight". The security forces have announced that he had 200 bullets at the time when he was ruthlessly committing the murders.