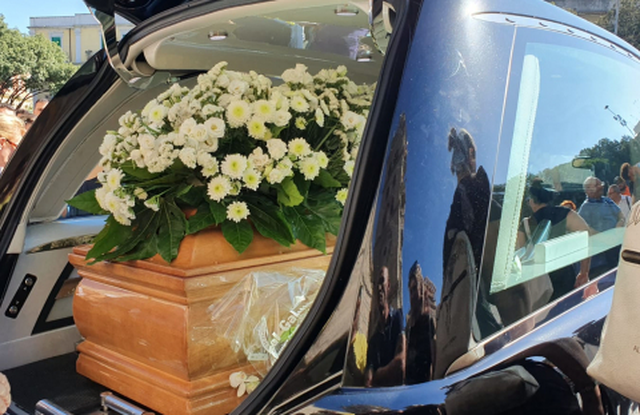 Doña Må Paz Fuentes Fernández left her last wishes written in black and white on who could attend her funeral and who could not. In fact, she entrusted her wishes to a newspaper that had undertaken the publication of the obituary, in which she clearly specified the persons who might attend her funeral.

In her announcement, which is usually posted by relatives of the deceased to leave nice words as condolences to the deceased, Doña Må Paz Fuentes Fernández gave a completely different connotation. In the obituary she wrote: "Following my principles and my unique way of saying things, I got organized."

The obituary text then continues with a small list of the names of persons who, although unrelated to it, could attend her funeral. The woman argued her decision:

"Since my family has not lived for a long time, I impose my last will that only those I mention below can attend my funeral, in the morgue, in the church and in the cemetery."

In total she listed only 16 people on the list of people who could say goodbye to her and then closed her message with the words: “For the rest of the people who never showed interest in me and my life, I wish to continue as before ”.

Her statements immediately went viral, as her candid and direct way of saying things attracted the interest of the web, who commented with words of respect on the obituary signed by the lady. Some have even said that her honesty is to be admired: if her relatives, friends, acquaintances have not been near her, supporting and encouraging her in the most difficult moments of her life, they do not deserve it. to be near her in the last farewell.

Although some internet users disagreed with the almost cruel way of saying her wishes, they said they understood her motives and in a sense agreed to agree with her. Moreover, some have reiterated that in life there is no need to cry for loved ones after they have died, you should embrace and love them when they are alive.