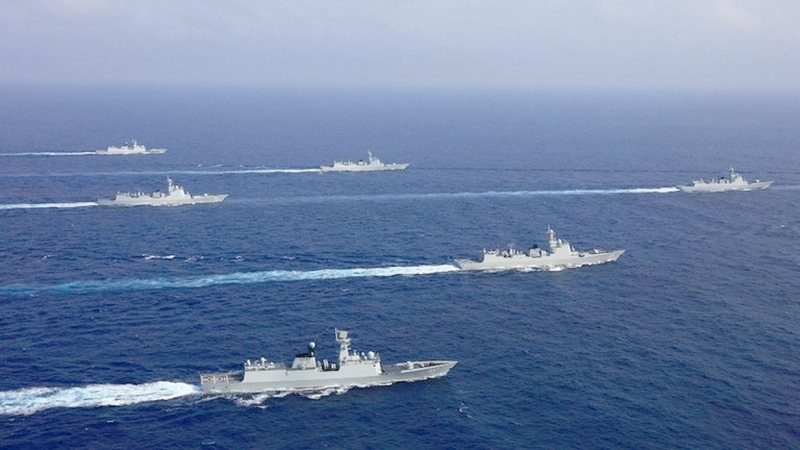 The situation off the coast of Taiwan is becoming increasingly complicated. At the heart of the tensions is the fact that the Chinese government sees Taiwan as a breakaway province that will eventually become part of China. But many Taiwanese regard their self-governing island as a separate nation, whether independence is ever formally declared or not. Meanwhile, China is threatening ships and warplanes. The Chinese state seems to be serious, as it has decided to further extend the military exercises, which have been taking place since Thursday, August 4, around the island. In fact, tensions have increased following the visit of US House Speaker Nancy Pelosi to Taipei. A visit which caused a lot of anger on the Chinese side. This intensification of operations was announced by the Eastern Theater Command of the Chinese People's Liberation Army, which, however, did not set a date for the end of the maneuvers. The military leaders of the People's Republic limited themselves to specifying that the purpose of the exercises is to prepare for "joint defense" and "joint blockade" operations on the island.

Meanwhile, the Ministry of Defense of Taipei has provided an important piece of information. Taiwanese authorities have announced that 45 Chinese aircraft and ten ships have been discovered around the island of Taiwan. And that's not all. The ministry also reports that 16 warplanes have "overflown over the eastern part of the middle line of the Taiwan Strait", which Beijing usually respects, even if it does not recognize it. Meanwhile, in an appearance for the media, American President Joe Biden said that he was not worried about Chinese military pressure on Taiwan and that the situation is under control. However, it should be noted that his comment came shortly before Beijing's announcement. According to the head of the White House, in any case, China will not go further. Escalation of the conflict seems very close. Taiwanese Foreign Minister, Joseph Wu said yesterday that China is using the military exercises as "preparation for the invasion of Taiwan". Wu has called for international support in order to protect "peace and stability in the Taiwan Strait". According to him, China "is conducting large-scale drills, launching missiles, as well as conducting cyber attacks and disinformation campaigns, in an effort to weaken public morale in Taiwan". Beijing considers Taiwan its province to be annexed by force - if necessary. China's largest-ever military exercises near Taiwan were scheduled to end on August 7. They included ballistic missile launchers and simulations of air and naval strikes. However, China's Eastern Command announced on August 8 new drills, raising concerns that Beijing intends to increase pressure on the island. Yesterday, Taiwan also started its own military exercises. The US President, Joe Biden, said on August 8 that he is concerned about China's actions, but added that "I don't believe they will do anything more than they are doing". Also, the US Deputy Secretary of State, Wendy Sherman , has said that "the future will be written here in the Pacific".

Washington's longstanding policy has been one of "strategic ambiguity" to the extent that it would intervene militarily if China invaded Taiwan. Officially, it adheres to the "One China" policy, which recognizes only one Chinese government, in Beijing, and has formal ties to Beijing rather than Taipei. But it has also pledged to supply Taiwan with defensive weapons and stressed that any attack by China would cause "great concern". In May 2022, President Joe Biden answered in the affirmative when asked if the US would defend Taiwan militarily. The Taiwan issue has also strained relations between the US and China. Beijing has condemned any perceived support from Washington for Taipei and has responded by increasing incursions by military aircraft into Taiwan's air defense zone.