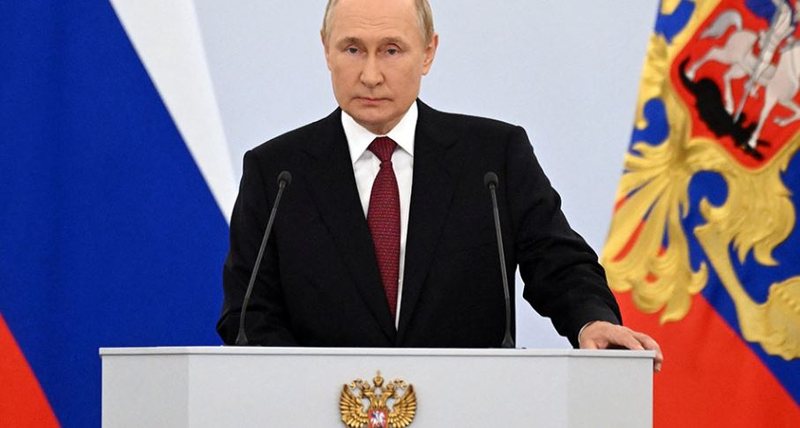 Russian President Vladimir Putin has announced the preparation, for next week, of the first summit between Russia and Central Asian countries in history.

The summit will be held in Astana on the occasion of the anniversary of Moscow's diplomatic relations with Kazakhstan, Kyrgyzstan, Tajikistan, Turkmenistan and Uzbekistan, the president said from a summit in St. Petersburg with the CIS countries.

Putin's move comes as Russia has suffered significant losses in the war in Ukraine and lost ground in regions it annexed a week ago.

Meanwhile, today, Russian, Ukrainian and Belarusian activists won the "Nobel Peace" prize for their resistance to war and confrontation with the regime in Russia and Belarus, respectively.

Forget Jeff Bezos and Elon Musk, this is the richest man in history

Video that is being distributed rapidly/ The condition of the president worsens, Putin's critical moment, his legs are shaking, experts tell what is happening to him: Possible signs of serious illness of...

Real spectacle/ Echo 'DailyMail', the second largest rally in Britain, with £120,000 Lamborghinis and Mercedes, Albanians 'light up' the streets of London. Images and videos appear

The confidential information that is terrorizing Belarus comes out, the Foreign Minister is suspected to have been poisoned by the Kremlin, Lukashenko in a panic dismisses all the kitchen staff