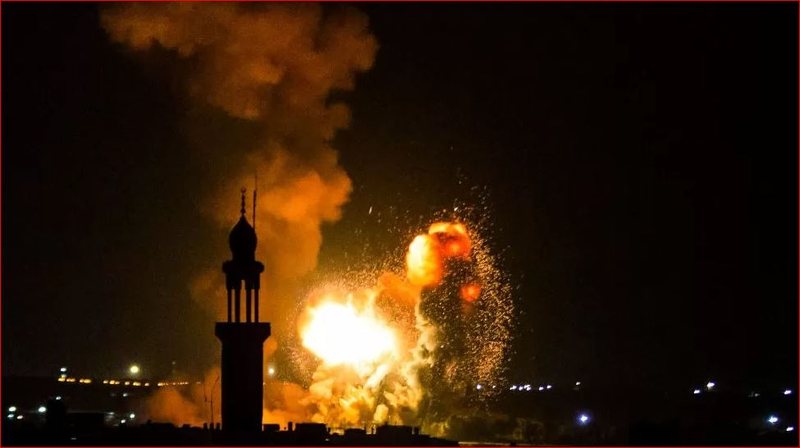 Israel has killed a second senior militant from the Palestinian Islamic Jihad group, as the death toll continues to rise from airstrikes in Gaza.

Six children and several PIJ fighters, including leaders Khaled Mansour and Tayseer Jabari, are among the 28 Palestinians who died.

Nearly 400 Palestinian rockets have been fired at Israel since Friday, an Israeli official said.

Israel says it launched the operations because of the "immediate threat" from PIJ.

The latest violence is the most serious flare-up between Israel and Gaza since an 11-day conflict in May 2021 that left more than 200 Palestinians and a dozen Israelis dead.

The Israeli military warns that this latest operation, codenamed Breaking Dawn, could last for a week.

In a second day of violence, Israel killed senior PIJ leader Khaled Mansour on Saturday in an airstrike on a house in Rafah, southern Gaza.

The commander had previously survived five assassination attempts by the Israeli military, which accused him of planning militant operations outside Gaza.

Warning sirens of incoming rockets continued to sound in Israeli cities on Saturday, amid other reports of airstrikes in Gaza.

Gaza's Ministry of Health blamed "Israeli aggression" for the deaths of Palestinians and for the 203 wounded.

Israel accused PIJ militants of accidentally causing at least some of the deaths, claiming on Saturday that the group fired a rocket killing scores of children in Jabalia, in the Gaza Strip. The BBC has not been able to independently verify this claim.

So far Hamas, the largest militant group in the area, which has similar ideologies to Islamic Jihad and often coordinates its actions with it, does not appear to be firing its large arsenal of rockets.

As a result, there are no reports of Israeli airstrikes targeting Hamas, which would mark an escalation of violence.